Government has ‘no plans’ to reintroduce NHS bursaries 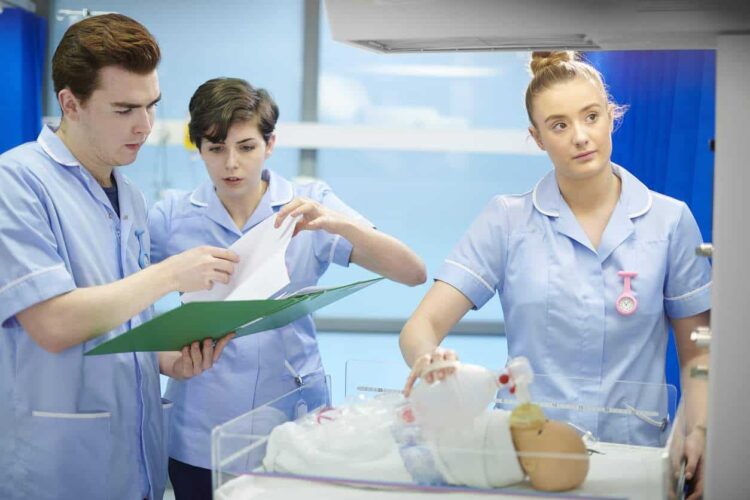 The Government has said it has ‘no plans’ to reintroduce nursing bursaries despite a continual drop in applications.

The Department of Health and Social Care has confirmed there are no plans to reintroduce NHS bursaries after a petition calling for their reintroduction gained momentum.

The news comes only days after Scotland’s first minister Nicola Sturgeon announced plans to increase bursaries for nursing students to £10,000 a year.

Reforms to healthcare education funding in 2017, saw thousands of healthcare students moved from a bursary-based funding model to a student loans-based system. Ministers sold the reforms as a way to boost student places and increase the number of trainee nurses in England.

Controversially, the move saw nursing students graduating with £60,000 in debt despite remaining one of the lowest paid graduate professions.

The Royal College of Nursing has said it continues to be ‘worried’ about the falling number of student nurses despite an ever-increasing number of unfilled nursing vacancies. In England alone, official figures show the NHS is short at least 40,000 registered nurses.

‘Record numbers of nurses on wards’.

The Department of Health and Social replied; “There are no plans to reintroduce bursaries, which resulted in many students being turned away from a nursing career. We are supporting universities to fill extra places created through these reforms.”

“We are committed to ensuring nursing remains an attractive career so the NHS builds on the record number of nurses currently on wards.”

“There is still strong demand for nursing courses and we have opened extra routes into nursing for those who may not want to study a full-time degree. We expect that up to 5,000 Nursing Associates will train through the apprentice route in 2018 and up to 7,500 in 2019. We now have a complete apprentice pathway from entry level to postgraduate advanced clinical practice in nursing.”

“Under the loans system students will receive at least 25% more upfront living cost support whilst they study than they would have under the previous system. In addition, many additional funding incentives have been put in place to support students whilst undertaking the mandatory clinical placement element of their courses.”

“Eligible healthcare students have access to additional non-repayable grants of £1,000 for childcare, funding for travel to clinical placements and an exceptional support fund of up to £3,000 per student per academic year. Typically, students on the loan system are at least 25% better off whilst they study than the previous funding system.”