Over the past decade, health and social care workers have been subjected to around a 10% real-terms pay cut. 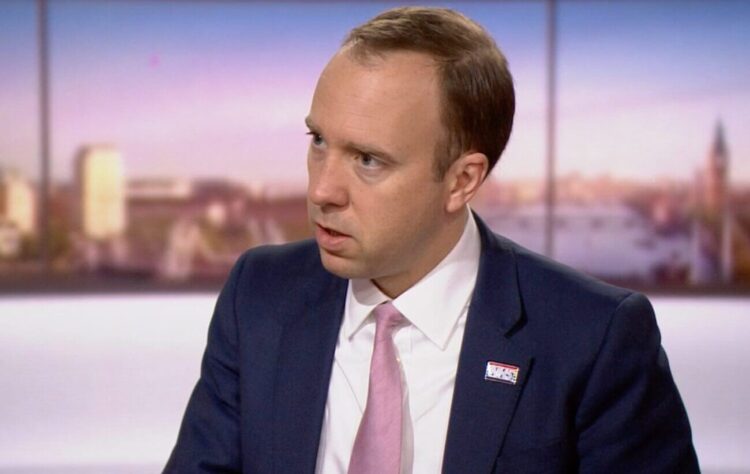 Health and Social Care Secretary Matt Hancock has once again refused to promise NHS workers a much-needed pay rise despite the COVID-19 pandemic.

Appearing on the BBC’s The Andrew Marr Show on Sunday – only hours before a final clap for the NHS, Mr. Hancock skirted around the subject of a pay rise for health and care workers saying only they deserved to be “properly rewarded”.

The news comes after fourteen healthcare unions wrote to the Prime Minister calling for “immediate NHS pay discussions” in order to turn applause and kind words into something more meaningful.

Over the past decade, health and social care workers have been subjected to around a 10% real-terms pay cut. Meanwhile, MPs have been consistently handed above-inflation pay rises taking their salary to over four times that of the average health and care worker.

Mr. Hancock said; “The good news is there is already an agreed pay rise. So we will absolutely ensure we recognise the work that front-line staff in the NHS have done.”

When asked if it was “right” that were are paid £25,000 and if he wanted to see a real-terms pay rise across the board this year, he replied; “I want to see people properly rewarded”.

It is believed Mr. Hancock was referring to a final annual rise following a multi-year pay deal which saw the average salary of a nurse increase by 7%.

Earlier this year, the health secretary insisted that health and social care workers had already had a “very significant pay rise”.

A recent YouGov survey revealed that 77% of the general public supported a rise for frontline health and care staff.

Nurses United UK commented; “We all know that the 20% fall in Nurse’s pay since this government came to power would affect safe staffing and a massive 77% of the public now support a 10% pay rise for Nurses.

They added; “Matt Hancock needs to start doing his job.”