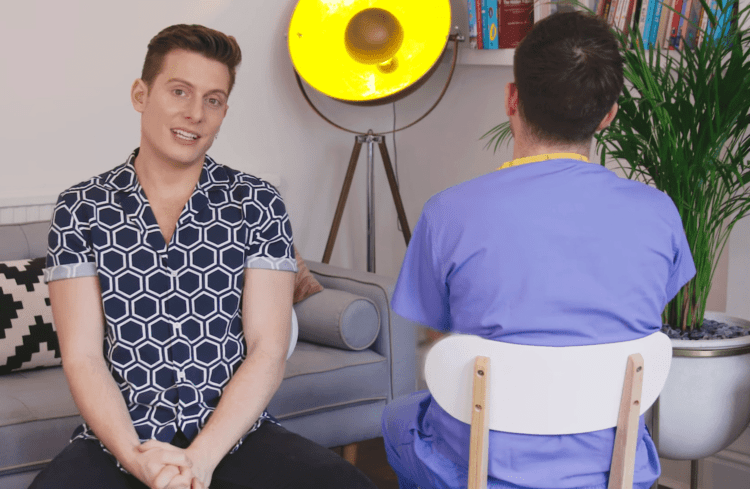 A YouTube nurse has claimed that hospitals are filled with “standoffish students” that are “too posh to wash”.

The nurse, who claims to work for an unnamed NHS hospital in the UK, kept his identity secret by sitting with his back to the camera, having his voice changed and any identifying features blurred.

The controversial video has sparked vast criticism online with many nurses questioning the authenticity of the ‘nurse’.

Ben told Riyadh about how healthcare staff, including himself, have had sexual encounters during night shifts and how student nurses are often “standoffish” and “too posh to wash”.

When asked if doctors treat nurses unfairly, Ben said; “You definitely get doctors that will look at you like you don’t know anything. Like you are there to clean up after them,”.

Ben went on to speak about having to work for 17-hours shifts and explained how the parents of a dying child were often encouraged to watch any resuscitation attempt to ensure they know everything had been done to try and keep them alive.

He said, “when they [children] are super, super sick, we tend to have parents watch so they can see if it doesn’t go well, they have seen for themselves that we did absolutely everything that we could.”

When asked about sexual encounters in the hospital, Ben said; “It’s a night shift, you’re on your break, maybe,” when asked where this happened he added; “Someone had an office down the hall, and it was free,”.

Commenting about student nurses, he said; “They’re very standoffish, they sit at the nurses’ station on their phones, they don’t really engage, they don’t pay attention, they’re not very proactive in their learning,” adding they are often “too posh to wash”.

The nurse also speaks about his best and worst moments as a nurse alongside how nurses tend to compartmentalise traumatic experiences.