Last year two in every five nurses already admitted to missing meals in order to feed their families or save money. 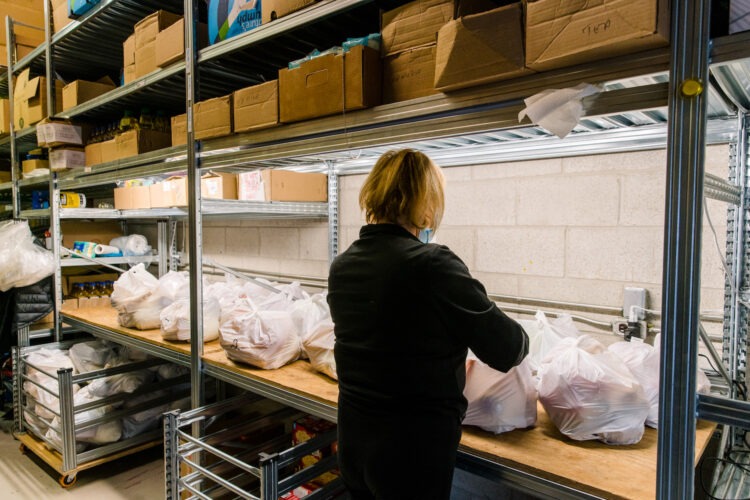 NHS staff have faced over a decade of real-terms pay cuts.

Hospitals are setting up food banks in a “desperate” attempt to support their struggling staff.

Six NHS trusts have set up food banks or developed food voucher schemes to help staff cope with the rising cost of living.

NHS organisations in Norfolk, Hertfordshire, Dartford and Gravesham will join those in Sheffield and Birmingham to offer food or emergency financial support to their staff.

A survey undertaken by NursingNotes during the pandemic found that almost 2 out of every five nurses admitted missing meals to feed their families or save money. Compounded by a sky-rocking cost of living and a backdrop of a decade of real-terms pay cuts, we are in no doubt that this situation has worsened.

A desperate state of affairs.

The news come only days after NursingNotes revealed that NHS staff pay around twice as much as MPs for food at work.

Nurses United UK blames the move on over ten years of real-terms pay cuts for NHS workers. Lead organiser, Anthony Johnson said, “It’s a pretty desperate state of affairs when NHS trusts have to open foodbanks because they can’t pay their staff a liveable wage.

“This Government control the purse strings, and it is shameful that they’re doing this to our nurses and other NHS workers.

“This situation cannot continue, and the Westminster Government needs to act so that when a patient pushes that call bell, there’s a nurse there to answer it.”

One senior source in London told the Independent their trust was also considering a clothes bank.

Nursing staff left out of pocket.

The Royal College of Nursing has been calling for an above-inflation pay rise for nursing staff for several years.

Graham Revie, Chair of the RCN Trade Union Committee, added: “This is an outrageous state of affairs and a big admission that the NHS knows how its workers are struggling while the government denies them fair pay.

“We already know many nursing staff are being left out of pocket with increased fuel prices and cost of living crisis. Now we are seeing some struggling to feed their family.

Mr Revie added, “Thousands of nurses are leaving the profession every year with many citing pay as a reason.

“Ministers must take note and recognise the reality for those they relied upon during the pandemic and deliver a fair pay rise or even more nursing staff will struggle to meet the cost of living and the number leaving the profession will continue to grow.”