NHS workers have been subjected to over a decade of real-terms pay cuts. 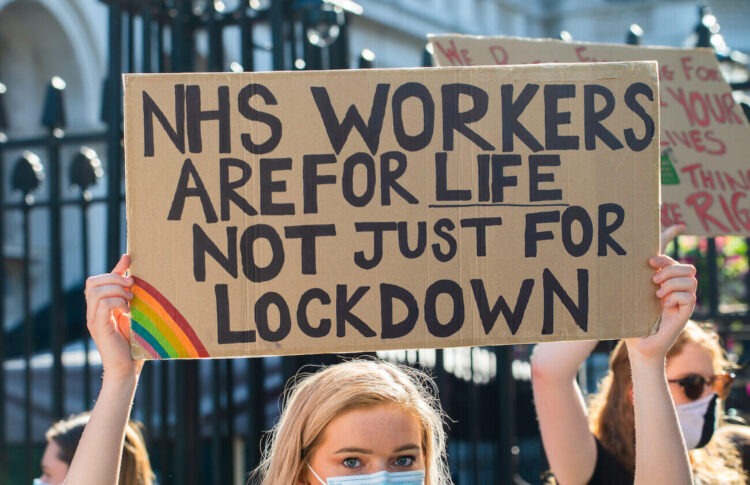 Health unions are calling upon the Government to give NHS workers a restorative rise.

The majority of Doctor would support nurses if they were forced to take strike action, according to a new poll.

A survey of 450 Doctors undertaken by Doctors.net.uk reveals that the majority (66%) are in favour of nurses taking strike action.

This news comes after the Government told the NHS Pay Review Body (NHSPRB) that a 1% pay rise for NHS workers was all it could afford. Subsequently, the Royal College of Nursing (RCN) announced the UK’s largest industrial action fund as it prepares to fight the Government on pay.

The poll also found that less than a quarter (23%) of doctors were against nurses taking industrial action while just one in ten say they are unsure.

Nurses United UK said it was pleased and unsurprised by the results of the poll.

A spokesperson for the group said; “6 years ago nurses stood in solidarity with Junior Doctors – we are one team and we need everyone to keep our NHS running.