May and Hunt apologise but fail to provide coherent plan

Theresa May and Jeremy Hunt have both publically apologised for the suspension of all non-urgent clinical care but have failed to provide a coherent plan.

With hospitals around the UK declaring internal major incidents as they fail to cope with unprecedented winter pressures, May and Hunt have both publically apologised but neither has provided a plan.

NHS England announced on Tuesday that it would suspend all non-urgent clinical care, including operations and outpatient appointments until 31st of January but critics say a long-term plan is required as hospitals face the worst winter on record.

Dr Richard Fawcett, a Consultant of Emergency Medicine in Stoke on Trent, compared the situation his patients were experiencing to that of “third world conditions”. 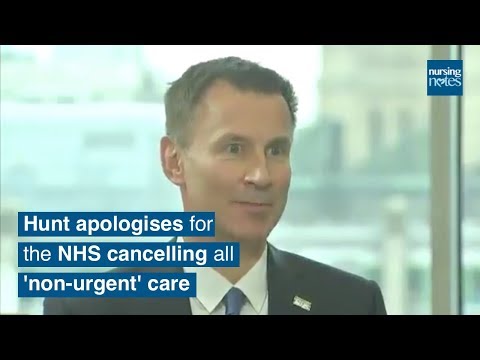 Jeremy Hunt, the Health Secretary, claims “we are better prepared this year” but blames the fact the NHS is treating around 5000 more patients a day than 5 years ago and goes on to apologise “wholeheartedly” but reaffirms the suspension of non-urgent care is needed. 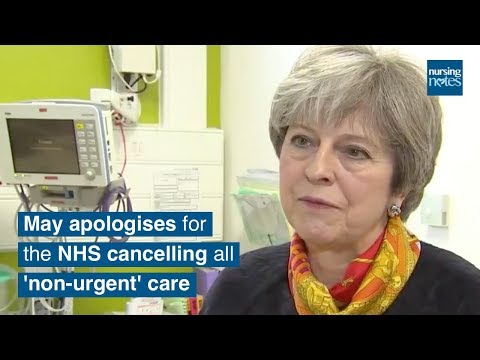 While Theresa May says she “recognises” that it may be “difficult” for people but says she ‘ hopes to ensure those operations can be reinstated as soon as possible’.

In November, the Royal College of Nursing pre-warned the government that healthcare staff and NHS were nearing breaking point.