Out of fourteen healthcare unions the GMB was the only one to recommend its members rejected the proposed deal. 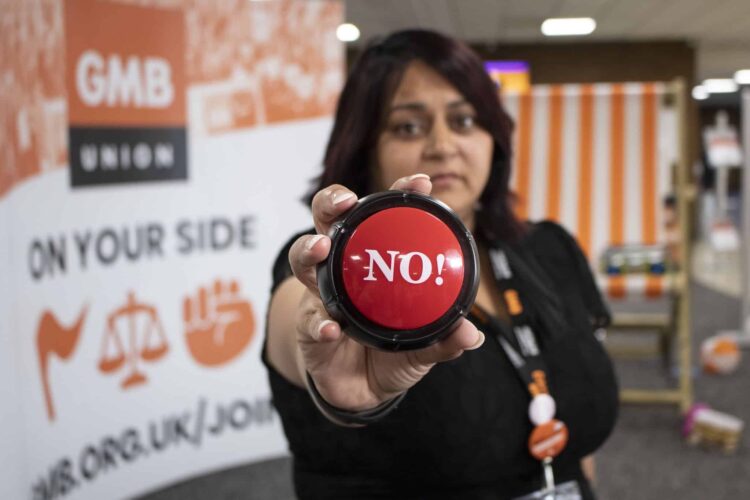 The GMB has announced that 87% of members voted to reject the proposed NHS pay deal.

The GMB has announced it will be rejecting the proposed NHS pay deal after an ‘overwhelming’ 87% of its affected members voted against the deal during the unions consultation period. Out of fourteen healthcare unions the GMB was the only one to recommend its members rejected the proposed deal.

Tim Roache, the GMB’s general secretary, confirmed the announcement at the union’s annual congress in Brighton today. He said “After a nearly a decade of pay pinching, the prospect of a further three years of cuts to wages is unacceptable. GMB members have sent a clear message to Jeremy Hunt – it’s a no from us.”

The proposed NHS pay deal was announced in March and includes significant changes to the agenda for change pay structure – which affect the majority of NHS staff.

The Royal College of Nursing and UNISON are yet to announce the results of their consultations but are rumoured to have experienced a poor voting turnout.

A final announcement on the proposed pay deal is expected on Friday.

After a full ballot of members affected by the #NHSpay offer, the results are in: an overwhelming 87% of members voted to REJECT the offer. A clear message from our members to @Jeremy_Hunt – #ItsANoFromUs pic.twitter.com/ONR1OpRpax

In a statement on social media the GMB said; “GMB members across the NHS and ambulance service have voted overwhelmingly to reject the NHS pay offer.

“After a decade of pay cuts, the prospect of a further three years of real-term pay cuts is unacceptable.

“So it’s a clear message to Jeremy Hunt from GMB members. It’s a no from us.”

The GMB has said it will hold a meeting on the 15th of June to consider the next steps.