Since the EU referendum in 2016 overseas nurses are experiencing higher levels of discrimination. 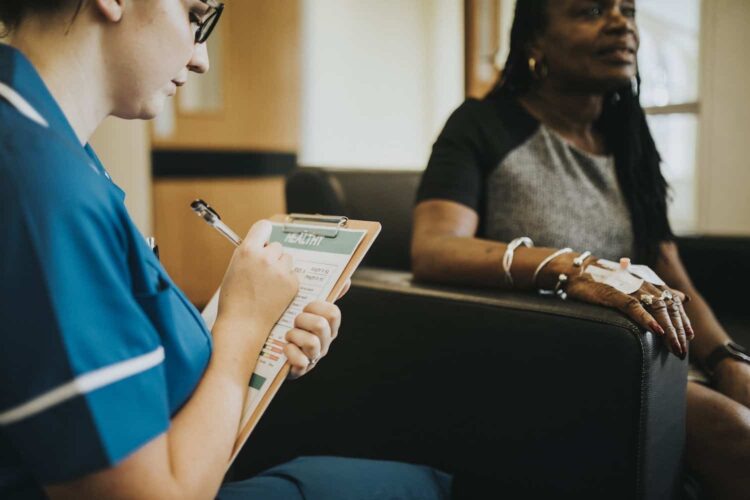 The nurses reported a rise in racist incidents from both colleagues and local communities.

A new report from academics at the University of Nottingham has found that since the EU referendum in 2016 overseas nurses are experiencing higher levels of discrimination and are more likely to consider leaving the NHS.

One of the most frequent complaints was the increase in racist incidents, since Brexit, from colleagues in the NHS and their local communities.

A survey by the Nursing and Midwifery Council (NMC) revealed that over half of EU nurses leaving said Brexit was a contributing factor to them quitting the profession.

‘No supportive circle of friends’.

The nurses said they felt supported by hospital senior staff with appropriate regulations in place. However, there were differences in practice between NHS Trusts and hospital wards.

One nurse told the researchers: “After the referendum the situation has changed. I don’t quite feel settled. I had racist attitudes from a patient’s husband. When I was giving his wife her medication he told me to go back to the country I came from.”

Limited career opportunities and bias, from senior staff and management towards promotion, was another obstacle faced by non-British nurses.

Delays in recognising their overseas qualifications or experience and inconsistencies between NHS Trusts, in the length of contracts and benefits offered to non-British nurses, were also cited as reasons not to stay.

Another nurse said; “I am not happy with the job, with no supportive circle of friends, I have no reason to stay here. At this point I am also thinking of migrating to other countries.”

Dr Georgia Spiliopoulos from the University’s Centre for Health Innovation, Leadership and Learning, said; “The referendum result has been interpreted, by the EU and non-EU NHS nurses interviewed, as a signal that migrants are not welcome in the UK and they were considering migrating elsewhere.

“Our findings have serious implications for patient care. There is already a shortage of nurses with an estimated 36,000 nursing vacancies.”

Adding: “Pastoral care and support for career development are important. If these measures are not implemented we will see even fewer nurses in our hospitals.

“NHS Trusts need to do more to tackle these issues by working more closely and sharing best practice.”