She claims that bursaries are not the best way to fund training places for student healthcare professionals. 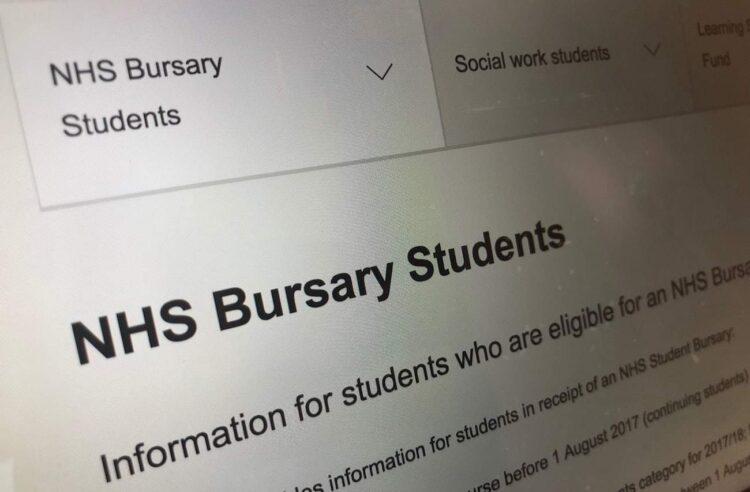 Nursing bursaries were ‘far from idea’ and should not be labelled as the best way to fund training places.

Nurse and Conservative MP for Lewes, Maria Caulfield, told the Nursing Standard that NHS Student Bursaries are not the best way to fund training places for student healthcare professionals.

In 2015, George Osbourne announced that NHS Student Bursaries would be cut and students would see a move to the student loans system.

The MP also added during the interview that she wanted to see the government expand apprenticeship routes into nursing.

Roger Watson, Professor of Nursing at the University of Hull, has previously criticised the apprentice style route claiming it undermines the academic nature of the role.

Controversially, Ms Cauldfield was one of three nurses who voted against the scrapping of the public sector pay cap but claims she is ‘hopeful’ of a 3% pay rise for nurses this year.

Mrs Cauldfield told the Nursing Standard that she trained under the bursary system and thinks it is ‘far from ideal’ due to the limitations on the number of places.

However, official figures have shown that since changing to a student loan system application numbers for nursing degrees have dropped and the number of mature student nurses has plummeted.

During the interview she said; “I trained under the bursary and it is far from an ideal scheme.

“It annoys me slightly, when it is held up as a beacon of modernity and the way we should be training nurses, because I lived on £400 a month on the bursary scheme, so it’s not a well-paid system.

“There was also a restriction on the numbers of places, so it would only allow for a certain number of nurses to be trained per year – turning thousands away.’

“I’m supportive of the nurse degree entry system, but there was an argument it was too academic and then when student nurses actually experienced a hospital or community setting, often 18 months into their training, there was a high drop-out rate because it wasn’t really for them.’