Poor staffing levels and Brexit were also cited amongst the top reasons for quitting. 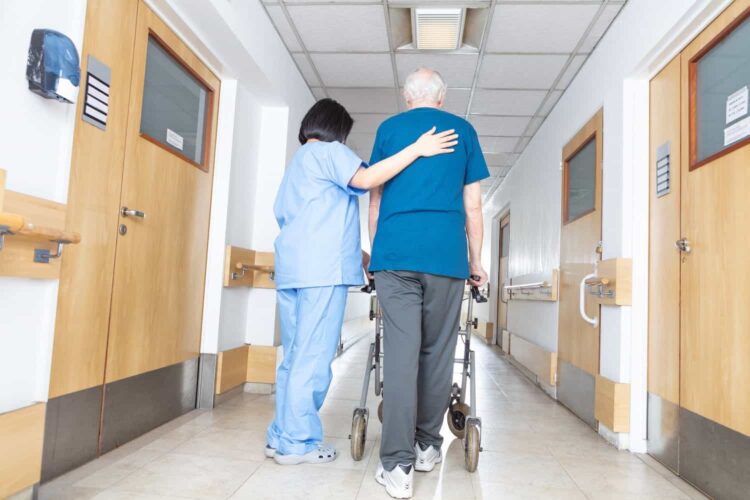 Nursing and midwifery numbers are at an all-time high.

A report, published today by the Nursing and Midwifery Council, reveals that nearly a third of nurses are leaving the profession due to stress or declining mental health.

‘The NMC Register’ data report explores the numbers total number of nurses, midwives and nursing associates joining and leaving the register between 1 April 2018 and 31 March 2019.

While the report reveals an overall increase in the total number of registered nurses, midwives and nursing associates, healthcare leaders warn it also highlights a number of major concerns.

Stress, declining mental health and poor staffing levels were cited amongst the top reasons for quitting the profession. News that comes only a week after official figures revealed hundreds of nurses have taken their own lives in just seven years.

The report also shows a continued decline in the number of EU nurses coming to the UK, with over half of those leaving saying Brexit is a contributing factor.

‘The dam is starting to burst’.

Dame Donna Kinnair, Chief Executive and General Secretary of the RCN, said: “Any boost to the register is good news but looking behind the headlines raises further concerns.

“Politicians should be alarmed by the finding that almost one in three quit nursing because of intolerable pressure. They have abused the goodwill of nurses for too long and that dam is starting to burst.

“The modest increases are not of the scale or kind needed to meet demand and the workforce crisis isn’t abating. It is inappropriate to rely on a steady stream of nurses from beyond the EU, which seems to be the plan in England in particular.

“The official figures reveal a big net loss in European nurses, with fears over Brexit cited as the main reason for leaving and partly driving efforts to recruit from even further afield.

“Every country of the UK needs a serious strategy for the domestic workforce to recruit, train and retain a new generation of nurses and have accountability set in law.”

Sara Gorton, UNISON’s Head of Health, said:  “The referendum result has made many EU nationals feel unwelcome. It’s no surprise nurses and midwives think they’ll be better off elsewhere. Not enough has been done to reassure European workers that they’ll have rights, jobs and a future after Brexit.

“The small rise in the number of home-grown nurses is heading in the right direction, but it’s a drop in the ocean compared to what’s needed.

“Without proper funding and bold new ideas, experienced professionals from within the UK and across Europe will continue to leave, putting further pressure on the struggling health service.

“The government should be investing in large-scale apprenticeship programmes to train up existing NHS staff who can’t afford hefty study fees. People who know the NHS already would make great nurses and are more likely to stick around.”

Commenting on the report, Andrea Sutcliffe, Chief Executive and Registrar at the NMC, said: “Nurses, midwives and nursing associates make an enormous contribution to the health and wellbeing of millions of people each year so I’m delighted to see such an increase in those joining our register.

“It’s encouraging to know this is being driven by both UK trained and overseas professionals. It’s clear the changes we’ve introduced – to make it more straightforward for those people with the right skills and knowledge to come and work here from abroad – are making a real difference.

“However, we only have to look at the well documented concerns around high vacancy and turnover rates that exist right across health and social care to know there’s a long way to go before we have all the people we need to ensure the best and safest care for everyone.

“And while there has been a drop in the number of people leaving the register, our survey fires yet another warning shot – that the pressures nurses and midwives face are real and must be taken seriously if we are to properly attract, support and retain the workforce that we need now, and for the future.”