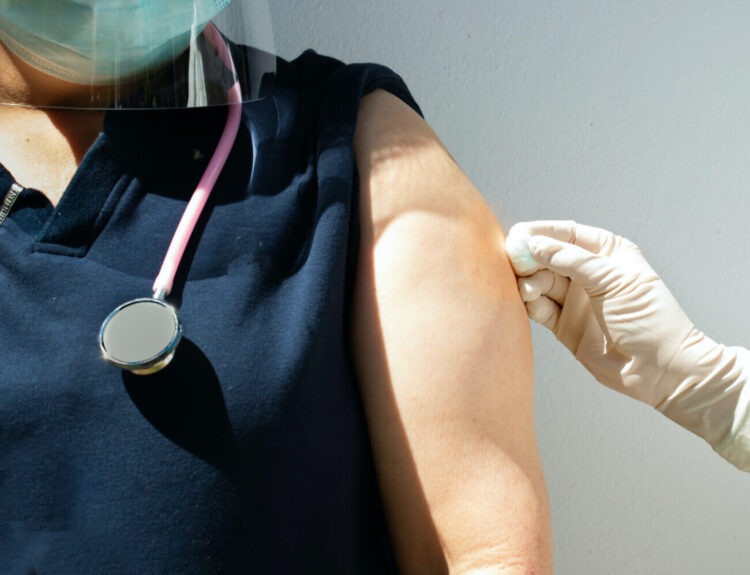 Only approximately one in fifty reported having not been offered a vaccine yet.

Only just under half of temporary nursing staff and just under a third of agency staff have recieved both doses of their COVID-19 vaccine, according to new figures.

A survey of 20,000 members by the Royal College of Nursing (RCN) revealed that temporary and agency workers were left behind in vaccine roll-out.

The figures reveal that only just under half of temporary staff and just under a third of agency staff have recieved the second dose of their COVID-19 vaccine.

Half of nursing staff working outside the NHS, including those in social care and community services, are waiting for their second jab.

Comparatively around 24% of those working in the NHS are still yet to have their second dose.

Only approximately one in 50 respondents reported having not been offered a vaccine yet.

The RCN has said the figure highlights the disparity between permanent NHS staff and those working in bank roles or outside the health service.

Jude Diggins, RCN Director of Nursing, Policy and Public Affairs, said: “The gap between NHS and non-NHS staff having their first dose has closed but there remains more work to be done to ensure all nursing staff, whatever setting they work in, are given the protection they need.

“Every effort must be made to prevent nursing staff from slipping through the net. Their safety has to be the government’s top concern and that cannot be compromised.”