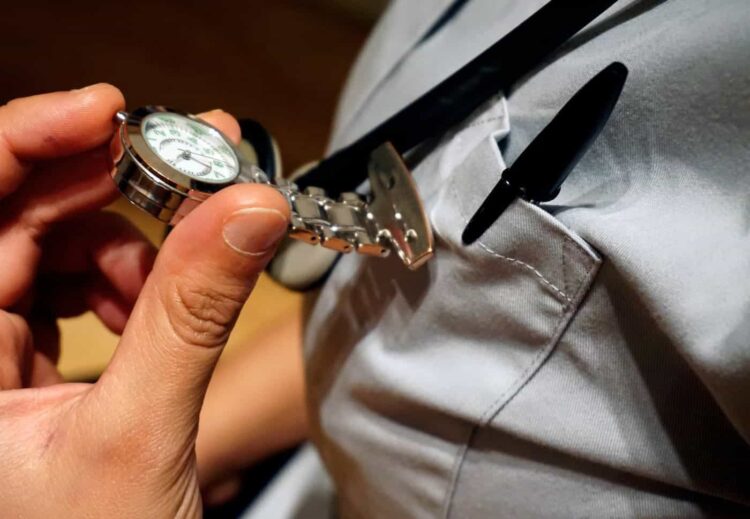 A report co-authored by the Nuffield Trust, Health Foundation and King’s Fund predicts that in the next five years nurse shortages will double and GP gaps nearly treble if major action isn’t taken.

The health think tanks suggest a combination of international recruitment, student grants, a significant overhaul of the current system and an investment of at least £900m is needed to address the widening workforce gap.

It recommends offering a £5,200 grant for living expenses to student nurses, tripling the number of postgraduates in training and bringing 5,000 more students onto nursing courses every year.

Current figures suggest that at least 30,000 extra nurses are needed and almost 3,000 GPs.

Anita Charlesworth, Director of Research and Economics at the Health Foundation, said: “The NHS doesn’t have enough nurses today and without action, this problem is going to get significantly worse over the coming years. The workforce is the make or break issue for the health service and unless staffing shortages are substantially reduced the recent NHS long term plan can only be a wish list.

“It doesn’t have to be this way. Decisive policy change backed by targeted investment could eliminate nursing shortages over the next decade. But if the NHS is to have access to the skilled health workers it needs, the government must stop seeing funding for the workforce as a cost to be minimised and prioritise investment in training more staff.”

Richard Murray, Chief Executive of the King’s Fund, said: “Patients are facing longer delays for NHS treatment as services struggle to recruit and retain enough staff. Without radical action to expand the NHS workforce, there is a very real risk that some of the extra funding pledged by the government will go unspent,”

“NHS workforce shortages are mirrored in social care where poor pay and conditions continue to drive away staff. Social care is heavily reliant on overseas recruitment, but the government’s post-Brexit migration proposals risk limiting this vital source of workers.”

Dame Donna Kinnair, Acting Chief Executive and General Secretary of the Royal College of Nursing, said:  “The staggering numbers in this report should cause alarm in Whitehall and focus the minds of Ministers on the cash they must put on the table to close the gaps.  Nursing staff are the first to admit that, despite straining every sinew, the care of their patients is too routinely compromised by these shortages.

“It’s good to see the think-tanks echoing our argument that the supply of nurses cannot be increased without very significant new funding for undergraduate and postgraduate nursing courses.

“But as the report rightly points out, increasing the number of students in nurse education will also require a big expansion in the number of clinical placements available for students as part of their courses, something hospitals and community nursing employers aren’t currently in a position to provide.

“Crucially, however, this report can only tell us how far the NHS is away from filling the number of vacant posts it predicts in the future – which is wildly different to the numbers that will actually be needed to serve our ageing population as we head into the 2030s.”

‘Staff are our biggest asset’.

Dido Harding, Chair of NHS Improvement said: “Our staff are our biggest asset and so, it is vital we do more to retain, recruit and develop them across both health and social care.

“The NHS Long Term Plan set out our ambition to make the NHS a great place to work, to transform our workforce and grow the number of doctors and nurses so that we can deliver a 21st Century NHS for our rising and ageing population.

“ I welcome this report which will help inform the development of our workforce implementation plan, the Interim plan for which we expect to publish  in April.”