The Royal College of Nursing (RCN), Unison, GMB and Unite have condemned the pay award across the board. 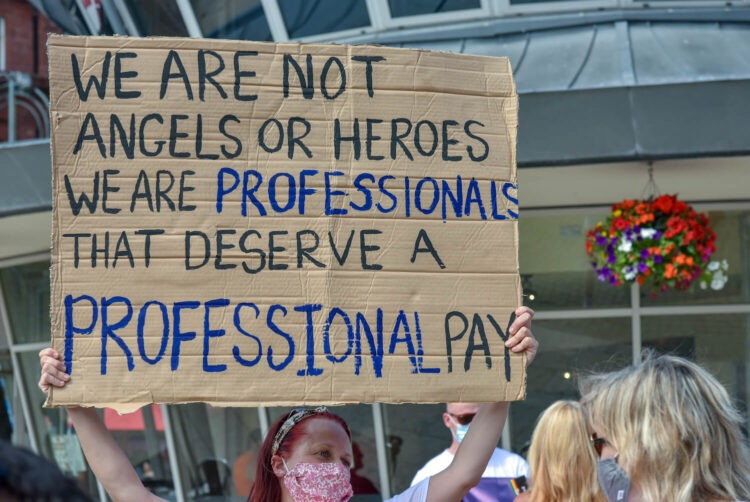 Experienced frontline nurses are already around £6,000 per year worse off now than in 2010.

NHS workers in Scotland are being told to reject a 5% pay offer as it is significantly below the current rate of inflation.

The Royal College of Nursing (RCN), Unison, GMB and Unite have condemned the pay award across the board.

With inflation on track to hit 11% this year, a 5% pay award means NHS workers actually face another 7% real-terms pay cut.

Experienced frontline nurses are already around £6,000 per year, worse off now than in 2010 when the Conservative party first took office and implemented austerity measures.

While there is yet to be an announcement on NHS pay for those in England, Wales or Northern Ireland, sources suggest the NHS independent pay review body (NHSPRB) is on track to recommend a pay award of between 4% and 5%.

In the coming weeks, health unions will now consult their members on if they want to accept or take action over the pay award.

Julie Lamberth, Chair, RCN Scotland Board, explained, “from petrol to food to energy prices, and the argument for an above-inflation pay increase for our hard-pressed nursing staff is more compelling than ever.

“The latest pay offer does not match our expectations of an above-inflation award, but it is right that our members should have the final say on whether to accept or reject the offer.

Chair of UNISON Scotland’s health committee Wilma Brown adds: “NHS staff are angry. They see bills going through the roof and feel the Scottish Government should be doing more to support them with the highest inflation in living memory.

Having listened to the anger there is amongst the NHS staff, UNISON will recommend that our members reject this offer.