It is thought staff are opting out of the scheme due to a squeeze on take-home pay. 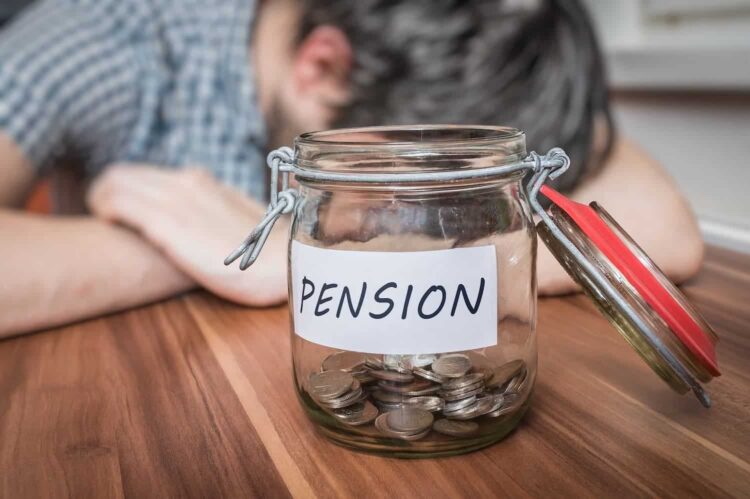 Opting out of the NHS Pension Scheme could see healthcare workers up to nine times worse off later in life.

A recent Freedom of Information (FOI) request by the Health Service Journal found that 245,561 NHS staff had opted out of the NHS pension scheme in the last three years.

According to calculations by Royal London, this represents around 16% of the active membership of the Scheme. Significantly higher than 3.4 per cent among teachers, 1.45 per cent for the civil service and just 0.04 per cent for the Armed Forces.

It is thought staff are opting out of the scheme due to a squeeze on take-home pay, but experts have warned staff could be up to nine times worse off in the long run.

Younger NHS employees are often on lower salaries and so paying into the NHS Pension Scheme may seem like a big expense for a benefit which is many years away.

Calculations by The Royal London Mutual Insurance Society showed that an NHS worker earning £25,000 per year would save £1,420 annually by opting out, but warn that replacing the same amount of pension provision in retirement could cost around £13,000 at current market rates.

Sir Steve Webb, former pensions minister and Director of Policy at The Royal London Mutual Insurance Society, the NHS as an employer “needs to take urgent action to tackle this epidemic of pension opt-outs”.

He said: “All public sector workers have faced a squeeze on their take-home pay in recent years, but it is in the NHS where this has translated into shockingly high numbers of people leaving the pension scheme.

“Those who opt out will save money in the short term, but could lose nine times as much in the long-term in reduced pension rights. The NHS needs to find better ways to communicate the value of NHS pensions, otherwise large numbers of NHS staff risk a retirement in poverty.”

Chase de Vere Medical are advising NHS staff to take financial advice before opting out of the ‘lucrative pension scheme’.

Andrea Sproates, Head of Chase de Vere Medical – a financial consultancy firm, says: “These employees are giving up benefits and guarantees which would be really expensive to replicate if they were purchased separately. This includes a pension scheme which is excellent value, with a retirement lump sum, and additional benefits such as dependents’, ill health and death in service benefits.

“The whole package of being a member of the NHS Pension Scheme is extremely valuable, but is under-valued by a lack of understanding and awareness of what members’ contributions are really paying for, how much the government adds and the benefits the Scheme provides.

“It is clear from the eye-watering opt-out rates that there is a huge need for NHS employees to be provided with financial education or advice, so that they can make informed decisions about their pension scheme. At present it is likely that many members are leaving the scheme without a clear understanding of what they’re giving up, a decision they are likely to regret in the future.