This year NHS workers will also face a rise in pension, national insurance, and student loan contributions alongside a skyrocketing cost of living. 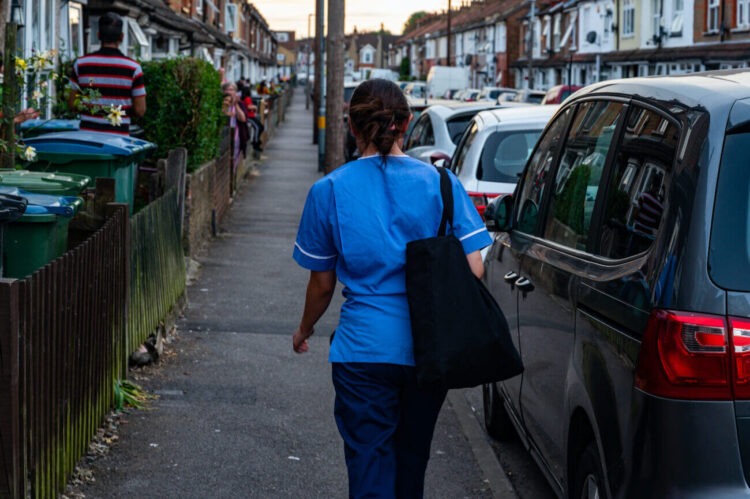 An above-inflation rise would take “billions” from the public purse.

A real-terms pay cut for NHS workers is “highly likely”, experts at the Institute for Fiscal Studies (IFS) have warned.

The think tank has warned that offering NHS staff an above-inflation rise would take “billions” from the public purse and force a reduction in other spending.

The IFS said chancellor Rishi Sunak would have to make a difficult choice between imposing severe pay cuts on NHS workers and other public sector workers or curving spending in other public services in his spring statement on 23 March.

It comes only days after ministers called upon the NHS Pay Review Body (NHSPRB) to award another real-terms pay cut for NHS workers. Only days later, MPs themselves were awarded a massive £2,200 per year rise.

NHS workers have already experienced a decade of pay cuts, with the average nurse seeing their pay fall in real-terms by between £5,000 and £6,000.

Meanwhile, this year NHS workers face a rise in pension, national insurance, and student loan contributions alongside a skyrocketing cost of living.

An above-inflation rise would cost an estimated £10 billion, around £1,750 per worker.

Paul Johnson, director of the IFS,” ‘If pay rises for nurses, teachers and other public sector workers even just match inflation, there will be billions less than intended for other aspects of public spending.

“If they do not match inflation then the real pay of millions of public sector workers will fall yet again, after a decade not just of falling behind the private sector but of significant, real cuts in pay.”

The analysis does not bode well with the ongoing call from health unions for an “above inflation” pay rise for all NHS workers.

Mr Johnson went on to outline concerns over rising energy costs and an increased cost of living due to the crisis in Ukraine.

Adding; “More broadly, the era where Chancellors could use defence spending cuts to enable NHS spending to rise without an overall increase in the size of the state seems well and truly over”.