NHSI ‘pauses’ the ban on Agency Work for NHS Staff

NHS Improvement (NHSI), wrote to all NHS trust Chief Executives on 27th February 2017 outlining the new rules to be brought in ‘banning’ NHS Staff from undertaking extra work in other NHS Trusts with private agencies.

NHSI has since written to trusts today telling them to “pause” the start of the controversial rule, in order to further “engage with the sector” following mounting pressure from The Royal Collage of Nurses, Unison and the British Medical Association. 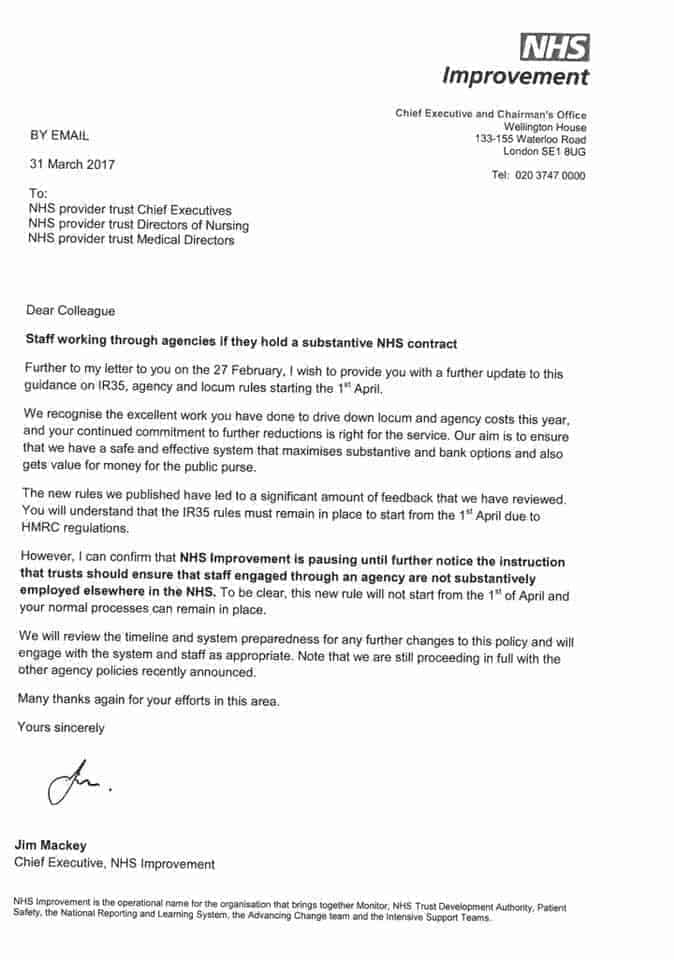 Originally it stated that from 1 April they should not employ any agency workers who hold substantive roles at other NHS employers meaning permanent staff wanting extra shifts would have to be employed through the trust’s bank instead.

The news came in the same week the National Health Service Pay Review Body (NHSPRB) made a formal recommendation to the government that the 1% pay cap be extended for another financial year, until April 2018.

It is unknown if the ban will be enforced in the future.