Nurse arrested for refusing to draw blood from unconscious patient 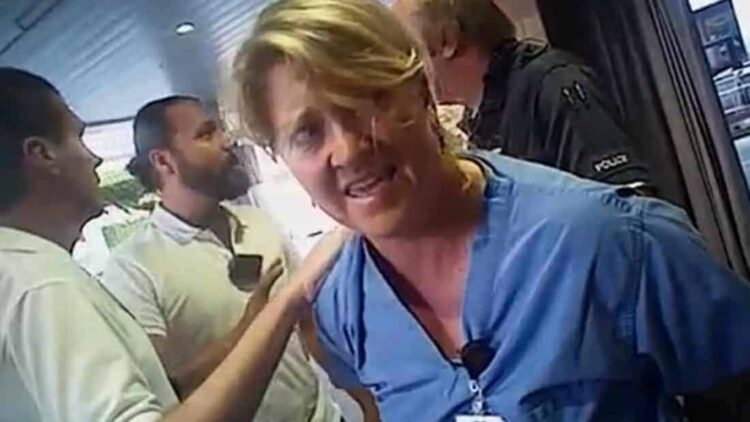 The registered nurse was arrested for refusing to draw blood from an unconscious patient who was unable to consent to the procedure.

Alex Wubbels, a Registered Nurse at the University of Utah Hospital (US), refused to take blood from an unconscious patient, who was unable to consent to the procedure, without a warrant and was subsequently arrested by attending police offers.

Wubbels even presented officers with a printout of the hospital’s policy on the taking of samples to test for alcohol or drugs. In the video, the officer acknowledges that none of those three criteria set out by the policy had been met but insists he still has the authority to take the blood.

The patient was a truck driver who arrived at the hospital unconscious after being badly burned in a crash with a vehicle driven by someone else fleeing police.

The encounter between Detective Jeff Payne and Nurse Alex Wubbels was caught on the officer’s body camera. You can view the footage in full here.

In a statement, Pam Cipriano, President of the American Nurses Association, said;

“It is outrageous and unacceptable that a nurse should be treated in this way for following her professional duty to advocate on behalf of the patient as well as following the policies of her employer and the law”.

Salt Lake City police have since apologised about the incident and the officer remains in his role as a detective in the investigations unit.