Protesters were smeared in blood, pretending to be dead and holding graphic images of politicians. 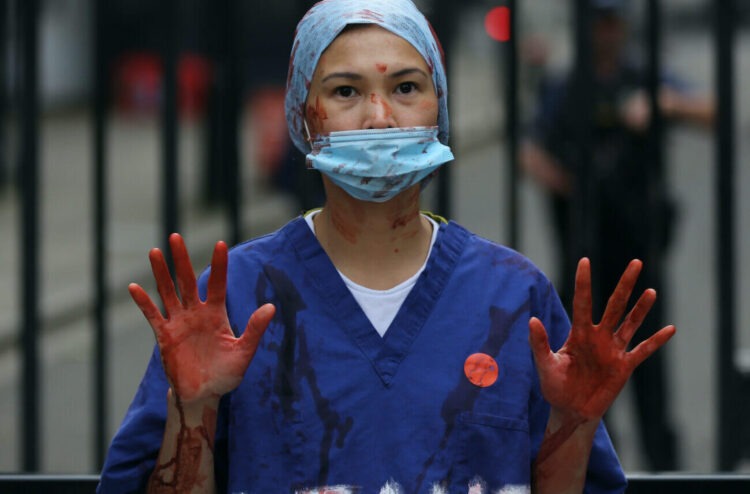 Health and social care workers were missed out of a recent deal for public sector workers.

A recent pay protest has been branded as “insensitive” and “in poor taste” after protesters smeared themselves in blood.

The protest, which took place outside the gates of Downing Street, saw NHS staff smeared in blood and pretending to be dead while holding graphic images of politicians calling for a 15% pay rise.

An unnamed senior NHS nurse and trade union activist spoke to NursingNotes about the protest, they said; “Pay and staff attrition rates are important issue facing the profession, but this kind of behaviour is in poor taste.”

“These NHS staff need to reflect on how this kind of behaviour looks to our patients,” they added. 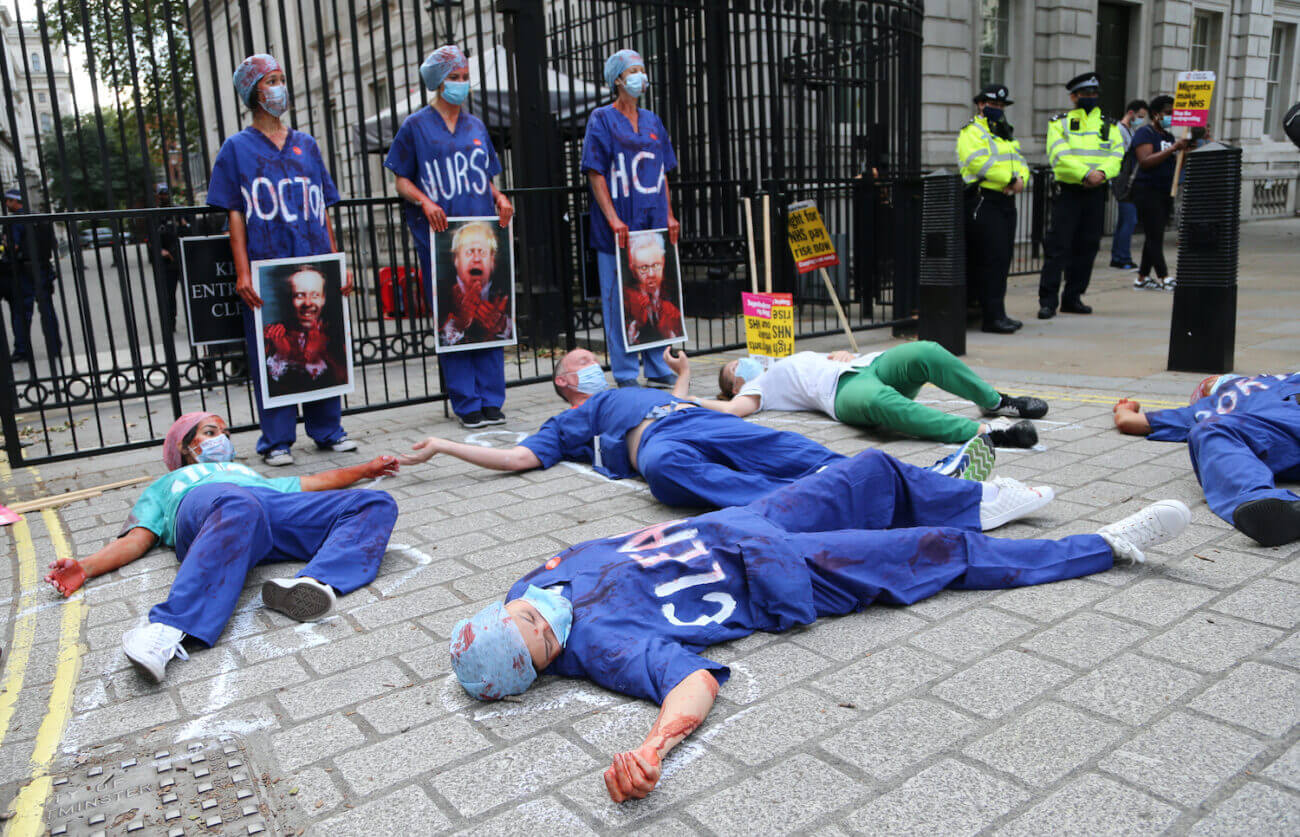 One member of the public commented on social media; “I support a pay rise for all NHS staff and keyworkers… I can’t support this kind of insensitive behaviour.”

The grassroots oragnisation Nurses United UK defended the group claiming that the protesters were merely trying to grab the attention of the public and their actions were not intended to be offensive.

Anthony Johnson, Lead Organisor for the group said; “Over 600 of our colleagues have died. We are world leaders in the deaths of health and social care professionals per capita – that comes down to a lack of leadership across the Nursing Establishment.”

I personally would not campaign in this way. However, it infuriates me that the Nursing ‘leaders’ who have a duty of care to protect and defend us on the frontlines think it’s more important to criticise campaign tactics than put on some soft shoes and actually effectively campaign themselves.

“Those Nurses who were out getting the public’s eye are much more leaders than anyone who has been ‘influencing’ and getting ignored behind the scenes.