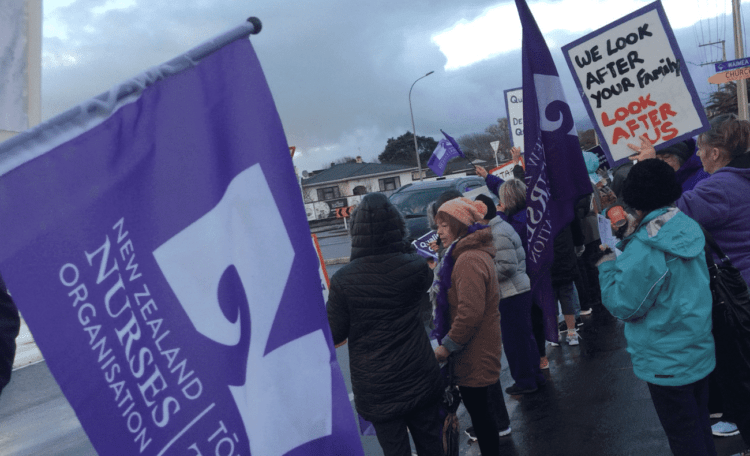 Registered Nurses in New Zealand have achieved a 12.5% pay deal and promises of safer staffing after just a single day of strike action.

The deal will see nurses receive a one-off payment of $2,000 (£1,041) with 3% yearly pay increases which will see salaries grow by 12.5% by August 2019. Alongside the pay deal, measures are also to be introduced that will ensure adequate staffing levels and skills mix.

Members of the New Zealand Nurses Organisation (NZNO) have voted to accept the agreement which was brokered by the union alongside district health boards.

Grant Brookes, New Zealand Nurses Organisation President, said: “We are very proud that the collective voice of our members was heard throughout the country and drove up investment in the public health system and workforce.”

Some UK nurses are calling for similar action to be taken after claims unions “misrepresented” the recent NHS pay deal.

Annique, a band 5 Registered Nurse in London reacted to the deal; “Quality Care Needs Quality Pay”, is the powerful slogan that achieved a 12.5% pay rise over the next year, for New Zealand nurses after a 24-hour strike.

“They used their collective unity and bargaining power to reject an earlier, lesser offer. They too have struggled with issues similar to us here in the UK-wanting to be recognised and financially recompensed with a salary commensurate to the highly skilled professionalism expected of modern nurses today.

“If only UK nurses could have united and ALL responded accordingly in a proactive manner when we were asked to vote recently.

“This government and our unions think we are only worth 1.5% this year, which is what many nurses have discovered in their payslip this July – we too deserve a lot more.

The fight for better pay and conditions for nurses in New Zealand has been a long one and the union has said there are still some nurses not covered by the agreement.