Staff knelt in solidarity with the Black Lives Matter movement. 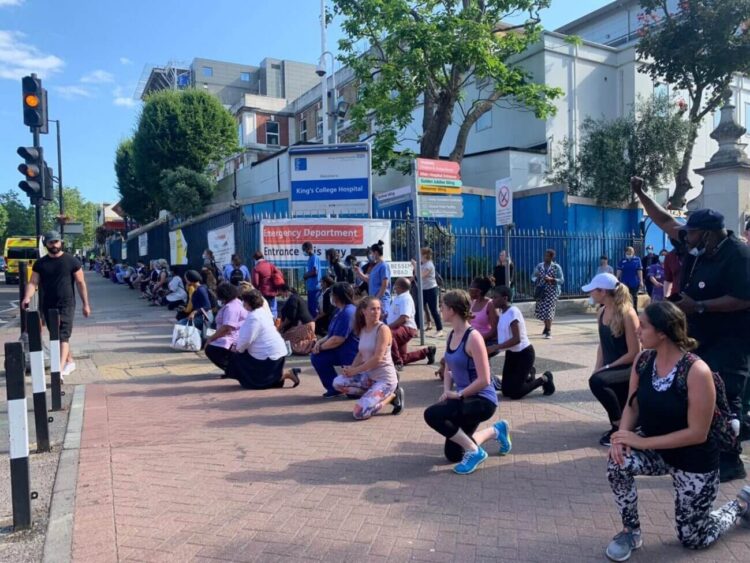 The group is also pushing their own employers to make changes to tackle the ongoing issue of racism.

The protest, held on Monday 22nd June, marked the anniversary of the H.M.S Windrusharriving in the U.K.

The action, organised by Unite the Union at Guy’s and St Thomas Hospital, the Royal College of Nursing (RCN) Inner South East London branch, and Nurses United UK, saw NHS staff from a range of backgrounds come together in support of the cause.

Earlier this week the British Medical Association stated that NHS workers from a Black, Asian, and minority ethnic background were still being placed at risk by employers due to a lack of appropriate risk assessments. 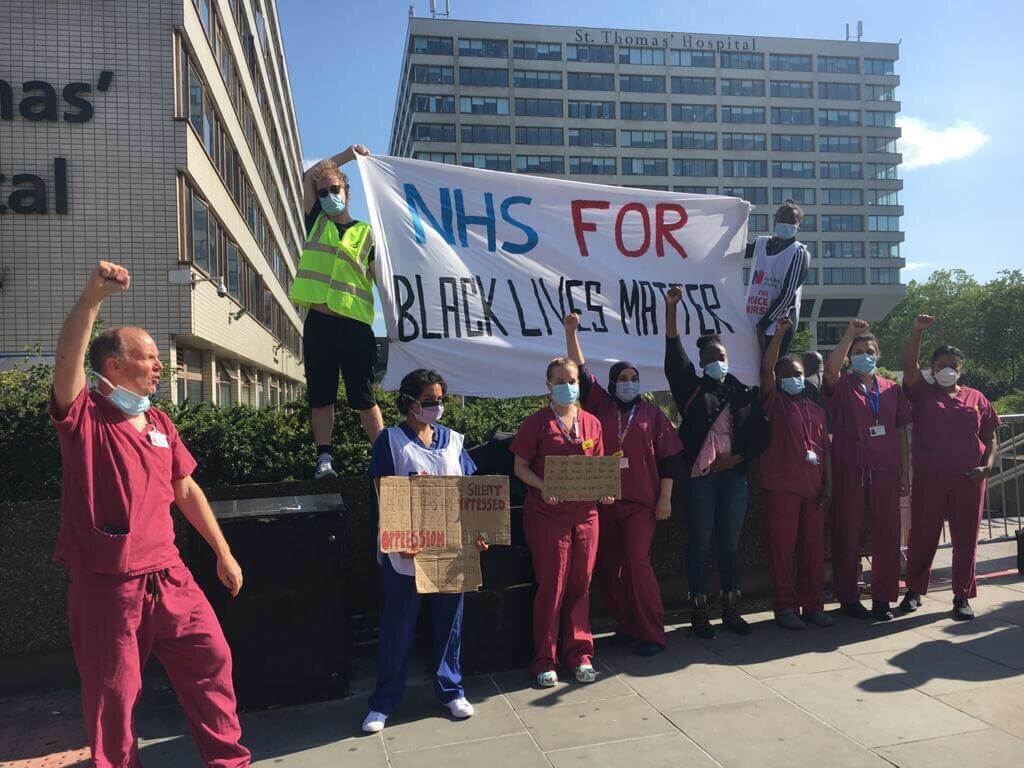 Mark Boothroyd, Unite Branch Secretary for Guy’s and St Thomas Hospitals said: “The NHS has the same problems of systemic racism as every other part of society.

“With over 50% of nursing staff in London being from BME backgrounds and directly affected by this, its important staff can show their support for Black Lives Matter, and push their own employers to make changes to tackle the ongoing issue of racism in the NHS.”

Laura Duffell, Chair of the local RCN branch, added; “The NHS is the biggest employer in Europe, and with 1.3million staff we have the power to make a huge difference in the battle against institutional racism.

“Staff should be supported by the organisations they work for to stand up for what is right; expressing their revulsion at any discrimination towards people from BAME background.”

BAME staff make up a massive 63% of NHS workers who have lost their lives due to COVID-19.