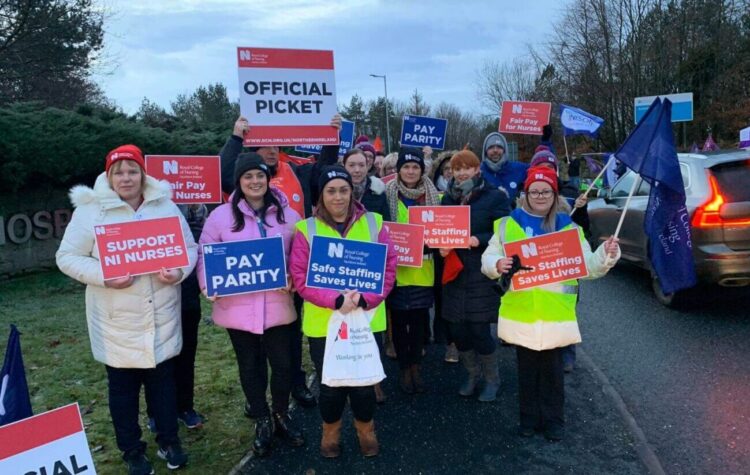 Nurses in Northern Ireland are the lowest paid in the UK with pay falling by 15% in real terms in recent years.

Staff have picket lines at 21 locations across Northern Ireland to demand that measures be taken to address the unsafe staffing levels and deliver pay parity.

Several senior members of the Royal College of Nursing joined members today on the picket lines.

Dame Donna Kinnair, RCN Chief Executive & General Secretary, said: “This is a moment every nurse wishes had never come, but faced with an abject failure to tackle unsafe staffing levels and severe pay inequality with colleagues in the rest of the UK, our members in Northern Ireland are saying enough is enough. 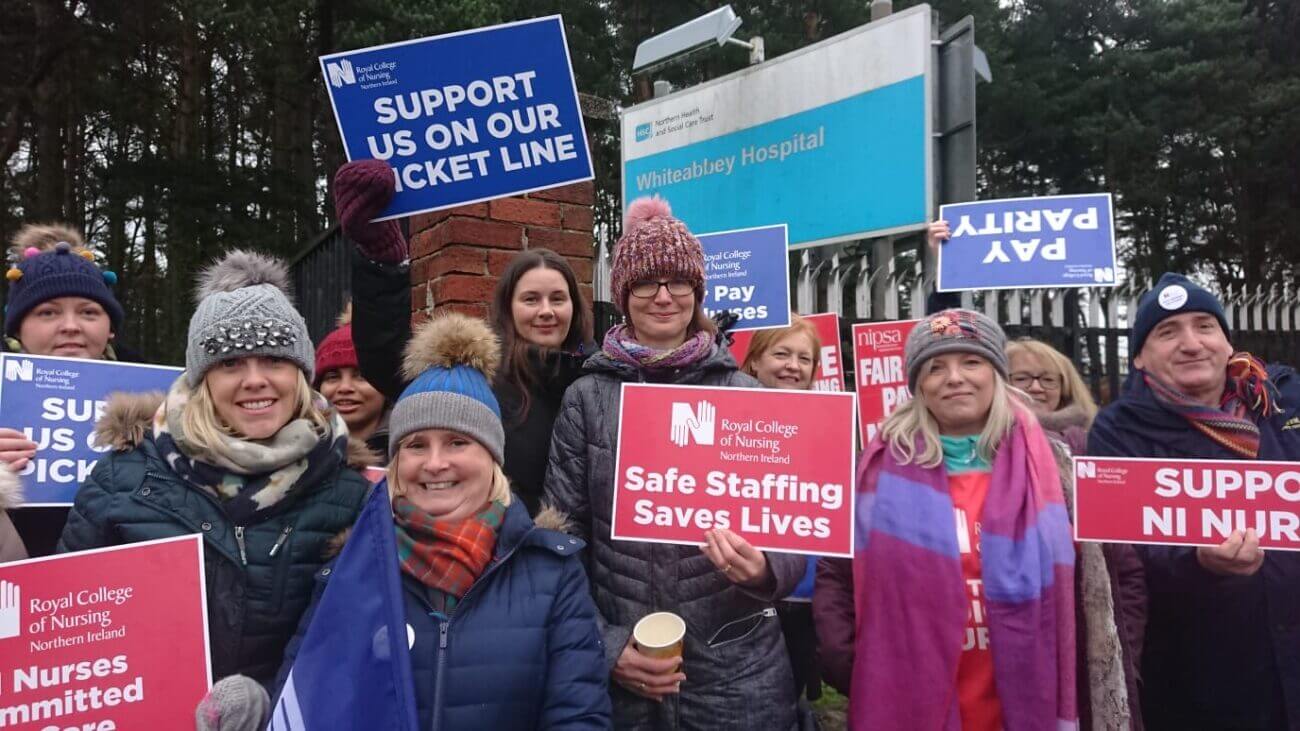 Adding; “Nurses are taking a stand for their patients, and also for their colleagues. It is about time the powers that be finally sit up and take notice because the crisis in the HSC cannot be allowed to continue.

“To every one of our members in Northern Ireland taking this stand, I want you to know that the RCN, and its entire membership, are right behind you.”

RCN Northern Ireland Director Pat Cullen said: “Our members who are taking this historic action have been left with little choice. Patient care is being compromised by unsafe staffing levels and nurses’ pay has been left to dwindle and fall behind that of colleagues elsewhere in the UK.”

“With around 2,800 vacant nursing posts in the HSC, record levels of money being spent on agency staff to plug gaps and nurses’ pay sliding further and further behind the rest of the UK, our members have had enough. The concerns of nurses were raised again and again over a number of years, but this has continued to fall on deaf ears.

“Today, our members in Northern Ireland are making clear to those in power that they and their patients will not be ignored and this crisis allowed to worsen.

“To patients we say that this is action that we hoped we would never have to take, and our members have committed to ensuring essential life-preserving services are not affected.”