Experts warn the UK will continue to experience severe nursing shortages if pay is not improved. 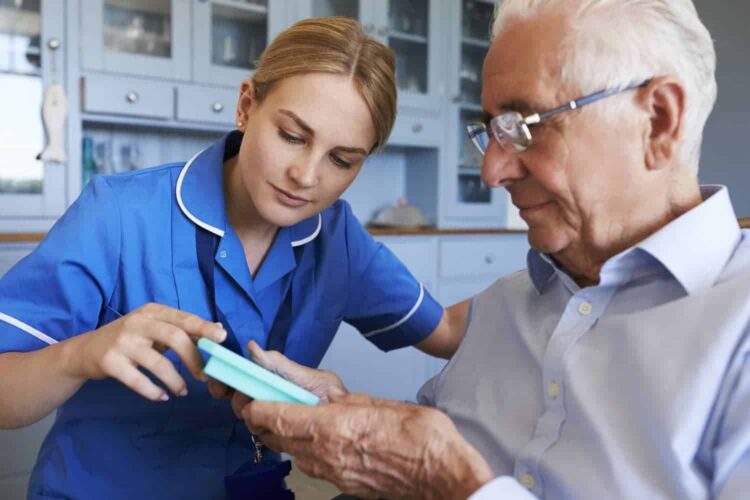 An old-fashioned view of nursing has suppressed the pay and working conditions of nurses.

Nursing is undervalued both in status and pay and until both are enhanced, the UK will continue to experience severe nursing shortages, according to a new study.

The study, commissioned by the Royal College of Nursing (RCN) and carried out by the union alongside Oxford Brookes University, argues that the “old-fashioned view that caring for others is a feminine characteristic still persists in British society”.

This has contributed to the suppression of nurses’ wages and working conditions for generations, the study’s authors claim.

The study’s authors also noted that nurses “routinely take on tasks that would have previously been the preserve of doctors” often without appropriate reward.

With a recent move to an all-graduate profession, the study suggests that pay and conditions often do not reflect the high-level technical and clinically skilled nature of the work.

Dr Anne Laure Humbert, Director of the Centre for Diversity Policy Research and Practice at Oxford Brookes University and one of the report’s authors, said: “Despite the growing complexity and technical nature of the work, as well as the difficult emotional labour it entails, ‘old-fashioned’ perceptions persist of nursing as a job carried out by women for whom caring is ‘natural’, thus deskilling and devaluing those involved.

“We see care as a naturally feminine skill or characteristic. This sits in direct opposition to the high level of skills and professionalisation required in contemporary nursing.”

The study – Gender and nursing as a profession: valuing nurses and paying them their worth – argues that the dire shortage of nurses should have forced an increase in wages to meet demand, but because most nurses are women, the profession continues to be under-valued.

One in nine nursing jobs are left vacant, while a third of the profession are due to retire by 2026.

The study provided a breakdown of the gender pay gap, which showed that, unlike the rest of the health sector, differences are largely the result of gender differences in working hours rather than sex discrimination.

Despite the fact that women make up 90% of all nurses they fill less than a third of senior positions and earn on average 17% less than men in similar positions per week. Nurses from an ethnic minority background tend to earn 10% less than their white colleagues, when other factors are taken into consideration.

“In terms of career progression, increasing numbers are choosing flexibility over career development largely because of a lack of choice or control over working patterns or working hours, a paucity of family care provision and lack of support for training and development.

“Nursing suffers from an image that fails to match the reality of a professional life defined by high level technical, emotional and cognitive skills. This image, which is underpinned by gendered notions of nursing and nurses, will always stand in the way of any efforts to improve the standing and attractiveness of nursing as a career.”

Rachael McIlroy, RCN Senior Research Lead said: “This report is an important step in challenging and changing perceptions about nursing. In reality, nursing is a complex and skilled profession yet too often nurses feel their voices are unheard and their value unrecognised.

“We hope that this research will spark a conversation within the nursing profession, among nursing staff, employers, regulators and policy makers about the critical role played by the largest health care occupation in the country and how we better value it in terms of status and pay.

“The RCN is ready to kick off this conversation about nursing and the impact of the workforce being mostly female and we hope our members and others will join in this exciting debate.”