Nursing leaders call for £1bn to put back into nursing education

Student loans barely cover the cost of travel, housing and food, and they do not have time to commit to a part-time job to help pay the bills. 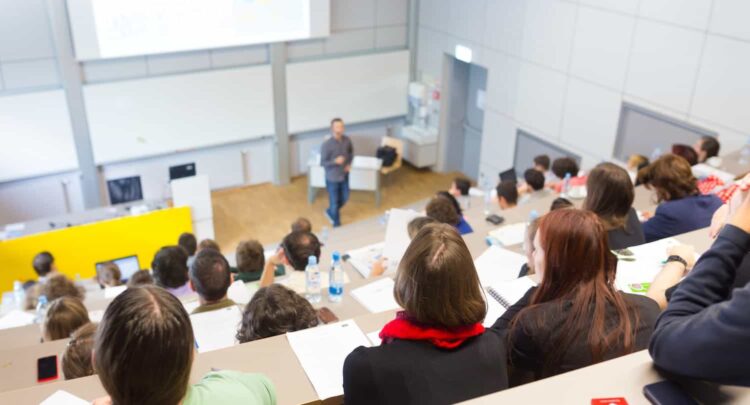 The Royal College of Nursing has launched a campaign to ensure £1bn a year is put back in nursing education.

Today the RCN launches a campaign to get a minimum of £1bn a year back into nursing education in England to help students struggling to make ends meet and arrest the catastrophic fall in nurse numbers.

Led by the RCN students, the Fund Our Future campaign will mobilise student nurses across England to lobby their MPs and highlight the difficulties they face since the bursary was scrapped, and build public support for investment in nursing education.

The campaign aims to influence the NHS Long Term Plan, which is currently being drawn up and will prioritise NHS spending for the next decade. The plan is expected early December.

Professor Dame Donna Kinnair, Acting Chief Executive and General Secretary of the Royal College of Nursing, has written to Secretary of State for Health and Social Care, Matt Hancock, calling on him to secure a minimum of £1bn worth of funding from the Government.

The money would go some way to replacing the funding lost when the bursary for nursing higher education was removed, and provide a raft of incentives to encourage people to study nursing.

Student nurses face unique challenges. On top of 2,300 hours of academic study, they are required to complete an extra 2,300 hours of clinical placements over their three-year course. This equates to up to 50 per cent more time spent on their course than the average student.

Their student loans barely cover the cost of travel, housing and food, and they do not have time to commit to a part-time job to help pay the bills.

The pressure leads to high attrition rates and increasing reliance on hardship loans. Recent research has found hardship payments to nursing students rose 6% to £3.47m in the 2017-18 academic year.

A student nurse, who did not wish to be named, recounted her experience which is becoming all too common. They said; “Today I have worked 10 hours on placement. When I finished I had three voicemails from different companies I owe money to for bills.

“I have £3.88 in my bank. My next student loan gets paid to me the end of November. Tomorrow I need to pay for my prescription for my asthma and high blood pressure but I can’t so I will have to go without the medication I need.

“All this so I can graduate and become a nurse and work for the NHS. I question if I can keep doing this. It’s breaking me.”

The campaign will call on student nurses to write to their MPs and share their experiences on social media to raise awareness of the pressures they face and force the Government to look again at how it funds student education.

Falling student numbers are contributing to the growing number of nursing vacancies in England, which now stands at almost 42,000. Understaffing is already jeopardising patient safety and unless action is taken immediately, vacancy numbers are projected to rise to at least 48,000 in the next five years.

Students are relying on hardship loans.

Dame Donna Kinnair, acting Chief Executive and General Secretary of the Royal College of Nursing, said: “The RCN is backing student nurses across England as they call on the Government to put a minimum of £1bn a year back into nursing education. This is not just a fight for their own education and wellbeing, but for the future of safe patient care in England.

“The Government’s policy to increase nursing student numbers by scrapping the bursary has failed. We now face falling student numbers at a time when nursing vacancies in England are expected to hit 48,000 in the next five years. Patient care is already being compromised – this cannot be allowed to continue.

“Student nurses face unique challenges and increasing numbers are being forced to rely on hardship loans to make ends meet. This is on top of clinical placements where they are too often used to plug rota gaps instead of being supported to learn. It is time to rethink student education funding – safe patient care depends on it.”

‘One of the toughest degrees’.

Kelly Hitchcock, RCN Student Committee member, said: “Nursing is one of the toughest degree courses you can take. Nursing students have to spend just as much time on clinical placement as they do in the classroom, often over the summer. This leaves little room for part time jobs to boost income.

“This was hard-going with the bursary. Now, with the added pressure of spiralling debt and a loan that often doesn’t cover extra costs such as travel to placements, too many students are pushing themselves to their limits to qualify.

“It is no surprise attrition rates are so high. I speak to students who cannot cover basic costs such as food and accommodation, and those whose own mental health is suffering due to the pressure they are under.

“This cannot continue. For the sake of current and future student nurses and safe patient care, we will make Ministers listen to us – please add your voice to ours.”