The report comes just two weeks before the conclusion of the General Election campaign. 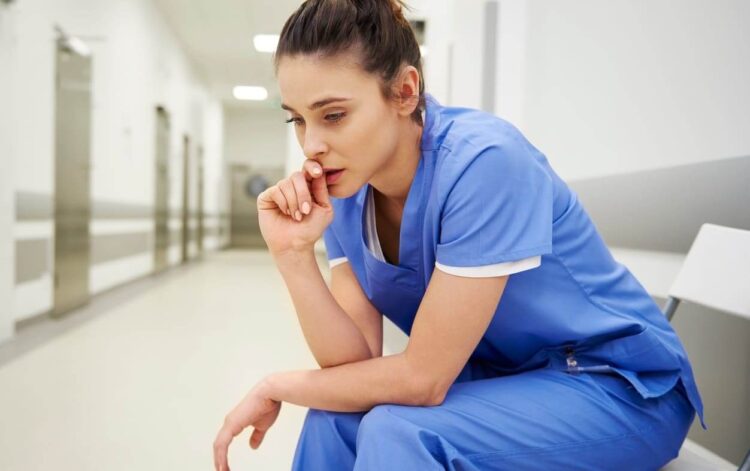 The majority of nursing staff feel they are ‘overworked and underpaid’, according to the annual Employment Survey by the Royal College of Nursing.

A survey, which has been conducted annually by the College since 1986, asked nursing staff about their experience of working patterns, workload, pay and conditions.

The College says the results paint a “bleak picture” of the state of nursing and says findings should be “required reading” for all politicians.

The results come two weeks before the conclusion of the General Election campaign, in which the NHS and health and social care have played a major part.

A massive 61 per cent of nursing staff said they are too busy to provide the level of care to patients that they would like with over half of saying too much of their time is spent on non-nursing tasks such as paperwork.

One Band 5 nurse told the RCN; “I struggle every day because I cannot give levels of care that I would like to give, so I work harder and harder and at the end of the day I feel exhausted.”

Six in 10 of those questioned say their pay band is inappropriate for the work they do, as it no longer reflects the level of education and training required to do their job, nor the stress, pressure and demands that 21st century nursing involves.

Healthcare assistants report being asked to take on the duties of registered nurses, one added; “We are increasingly expected to do jobs a qualified nurse is expected to do. We do not get paid the same and it increases our workload.”

It was also noted that nursing staff working in independent sector care homes consistently provided more negative responses to questions, indicating that this sector is under particular staffing pressure.

Dame Donna Kinnair, Chief Executive and General Secretary of the RCN, said: “The findings lay bare the serious consequences for both patients and nurses of the huge number of vacant nursing posts across the UK, with 43,000 vacancies in the NHS in England alone.

“Yet failure to increase nurse numbers isn’t inevitable, but a political choice.  We need proper financial help for nursing students in every nation of the UK in order to ensure the supply of nurses in the future, and clear legal duties for Governments and NHS leaders across the UK to ensure there are enough nurses to provide safe care to patients.”

She added; “Patients depend on nurses to keep them safe in hospitals, in care homes and in their own homes.  At its best, nursing gives people a sense of identity, pride, achievement and a huge sense of fulfilment.  But our findings show that the pressures on staff are becoming so overwhelming that we risk losing more nurses from the already depleted workforce”.