RCN members call for a ballot on strike action 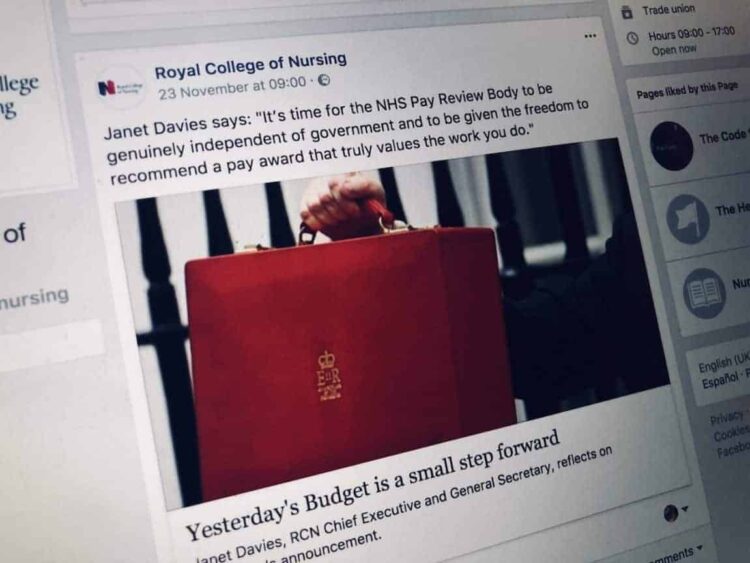 Royal College of Nursing members are unhappy with the union’s response following the announcement of agenda for change reforms.

Several active members of the Royal College of Nursing have criticised the unions ‘overly positive’ response to the announcement of potential agenda for change reforms and have written an open letter to the union calling for a vote on industrial action.

Following the announcement of potential reforms to the agenda for change pay system, the Royal College of Nursing celebrated saying;

However, many RCN members say they are disappointed with the union’s response explaining they feel the union is “prematurely celebrating a victory that we are yet to have” as there has been no official commitment to a pay increase.

In the open letter, they explain that nurses need to “strike while the iron is hot” and call for “an extraordinary executive meeting to discuss industrial action”.

“The RCN has somehow conjured up positivity from a budget that contains nothing but fear and failure, not only for nurses and the NHS, but for the whole of society. The RCN leaders are prematurely celebrating a victory that we are yet to have”.

“Mr Hammond appears woefully uninformed as he incorrectly said on the BBC that Nurses received a 3.3% pay rise last year.

“We the undersigned call on the RCN leadership to hold an extraordinary executive meeting to discuss industrial action as the only response to this budget”.

The members close the letter saying;

“Nurses, healthcare assistants, associate practitioners, physiotherapists, occupational therapists, midwives et al have faced seven long, hard years of struggle and we are about to enter our eighth. The NHS is haemorrhaging nurses at an alarming rate, with 40,000 missing already, and following this budget that figure is only going to increase. The RCN cannot wait if it truly wants to be the voice of nursing, it has to be militant and it has to act now.

“Empty promises are not a victory. Ballot the membership for strike action, link up with other public sector workers – doctors, teachers, lecturers – and take the fight to the Government.”

Experts have warned that a review could mean potential contractual changes similar to that seen by junior doctors earlier this year – with unsociable hours, incremental pay and pension contributions becoming the probable target for cuts.

The RCN has since said that unsociable hours must be retained but admitted it would discuss reducing incremental points and the overlap between pay bands.

You can view and sign the open letter to the RCN here.