A third of nurses were drinking more and 13 percent had admitted to having suicidal thoughts. 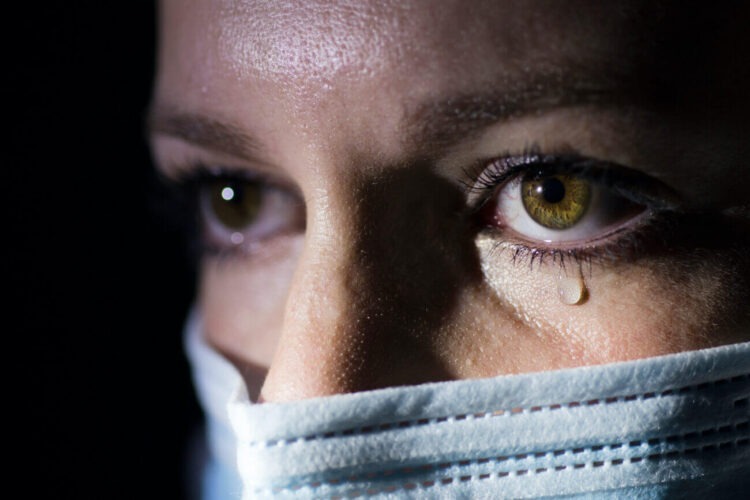 Nurses said they had often lost sleep, felt depressed or isolated, and had been driven to tears over the past year.

A new survey has revealed that nearly 8 out of 10 nurses believe the pandemic has had a damaging impact on their mental health with many considering leaving the profession.

The poll, carried out by NursingNotes and Nurses United UK on behalf of Channel 4’s Dispatches asked over 3,000 frontline healthcare workers about their experiences during the pandemic and their mental health and wellbeing.

The majority of nurses said they had often lost sleep, felt depressed or isolated, and had been driven to tears in the past year.

Nearly half (43%) who responded to the online survey said they had considered leaving the profession, with 11% saying they intended to quit. 1 every 2 nurses said they felt less appreciated now than before the pandemic.

Nothing to look forward to.

The poll also revealed more than a third of nurses were drinking more and 13 percent had admitted to having suicidal thoughts.

One nurse said; “I feel there is no escape, there is nothing to look forward to, constant messages from work to do extra shifts because of dangerous staffing levels, finishing work extremely late because I haven’t had time in the day to get all my jobs done, the pressures from work are brought home affecting sleep and rest.

“I have never struggled with mental health but I feel depressed, incredibly anxious and very low as a direct result of the pressures I’m facing at work every shift.”

A massive 76% of all NHS workers also said they had experienced negative reactions or abuse from the public during the last year, mainly around enforcement of social distancing and other rules around the NHS’s COVID-19 response. That increases to 86% of black, Asian and ethnic minority nurses.

The poll comes out only days after a Tory MP said that recent calls for a significant pay rise for nurses was “one for the fairies”.

Jemma James, a Nurses United member who works in a Covid High Dependency Unit said the results were unsurprising.

She said; “Nurses across the UK are doing the best we can, but it’s like trying to stop a tsunami with a sieve. Not just in hospitals, but in the community, care homes, GP practices, prisons and beyond – we’re all drowning.

“Whether we’re working directly with Covid or keeping the many other vital services running, the workload is relentless.

“I don’t know how much longer we’re expected to keep going like this. Calling us the front line implies that there’s a second or a third. There’s not, we’re it. There are no reinforcements coming if we fall.”