Nurses United UK are urging nurses to engage with their unions and have their voices heard. 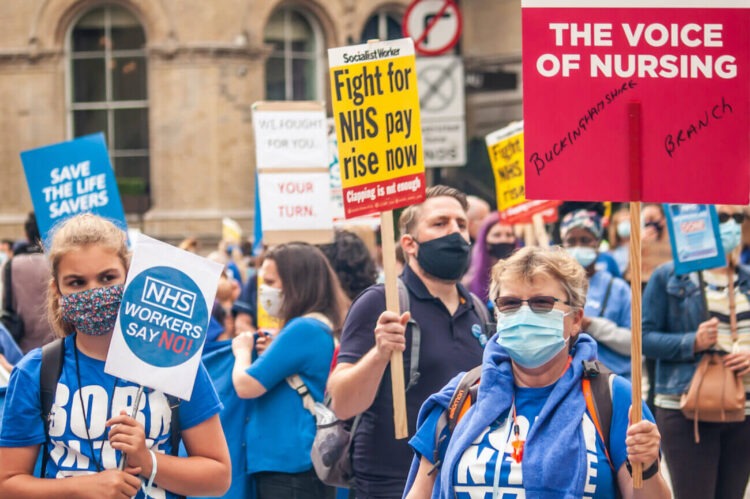 Unions have been calling for a restorative rise of between 12.5 and 15%.

Nurses United UK have said that nursing staff across the country now need to “seriously consider” if they would be prepared to take industrial action.

The organisation’s comments come only hours after Chancellor Rishi Sunak failed to even mention a pay rise for health and care staff during today’s budget.

Health unions have been calling upon the government since June last year to provide adequate pay rather than empty thanks by giving staff an immediate restorative rise of between 12.5% and 15%.

Earlier this week a Tory MP called union’s pay demands unrealistic and “one for the fairies”.

The grassroots campaigning group is now urging nurses to engage with their unions to have their voices heard.

“Nurses are missing meals and using food banks. We’ve lost our mental and physical well-being after struggling to come to terms with the horrors we have witnessed.

“Our pay campaign started in May last year because we knew that we cannot wait for a pay ‘offer’ to mobilise hundreds of thousands of union members who, after today’s Budget, now need to seriously consider if they would be willing to take industrial action.

“It takes time and it will take every nurse reading this deciding to take that first step, have a conversation with a colleague, and step up into getting justice for themselves and the patients we serve.”

“This Government is weak – that is why they u-turn so often. They know that people are watching and demanding that rather than giving billions to their donors, they invest in the people of this country.

“We are the people’s nurses and a majority of them trust us and support a pay award of at least 10% for nurses.

“This isn’t a battle that will be won in Westminster but in our workplaces and communities. So let’s get active and get fighting because when the nurses are united, they will never be defeated.”