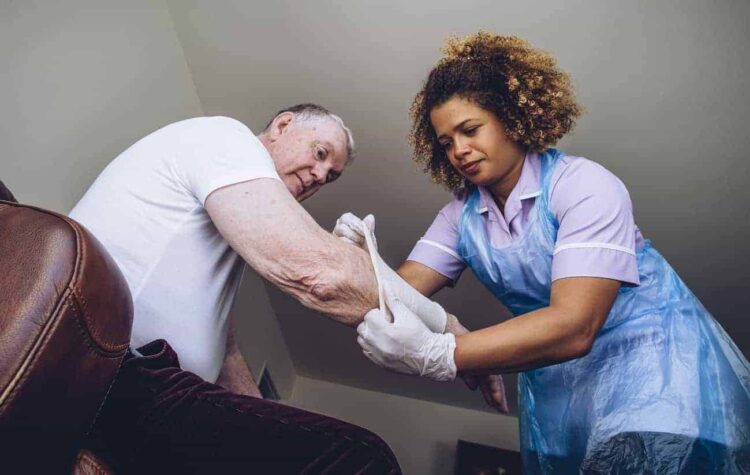 The NHS pay deal will be extended to those not directly employed by the NHS.

The multi-year NHS pay deal will now be extended to staff on Agenda for Change contracts who are not directly employed by the NHS.

The Department of Health and Social Care has announced that £800 million in funding will be provided for the first year but subsequent years will be funded by the government’s recently announced £20.5 billion NHS long-term funding settlement.

While the Department of Health document states that the pay deal will be backdated to April and back paid in August, this may prove difficult for employers as they will be mandated to apply for the additional funding and will only receive funds once deemed eligible.

In June, NHS staff in England voted ‘overwhelmingly’ to accept the proposed changes to the agenda for change pay structure with similar pay deals are currently on the table for those in Scotland and Wales.

A deal for primary and social care is also needed.

The Royal College of Nursing has warned, however, that this is not enough and has called for ministers to also fund a fair pay deal for those working in social and primary care.

Janet Davies, Chief Executive and General Secretary of the Royal College of Nursing, said; “We welcome the Government’s decision to fund a pay rise for nurses and care assistants who are not directly employed by the NHS. This is a further step towards fairer pay for healthcare staff, but it is not the end of the road.

“We have an ageing population, and more and more people who rely on services provided by social enterprises, charities, general practice, and social care. But only staff at organisations delivering care directly funded by the NHS will benefit from today’s step.

“Recruitment and retention issues are crippling the wider care sector, and it is hardly surprising staff turnover is so high when many care staff receive only minimum wage.

“Safe and effective patient care relies on well-staffed services. To improve recruitment and retention, and bring stability to the health and social care sector, Ministers must now find funding for a fair pay deal for nursing staff working across social and primary care.”