Ms. Whately also insisted "it's not just about pay" but about making the NHS a much better place to work. 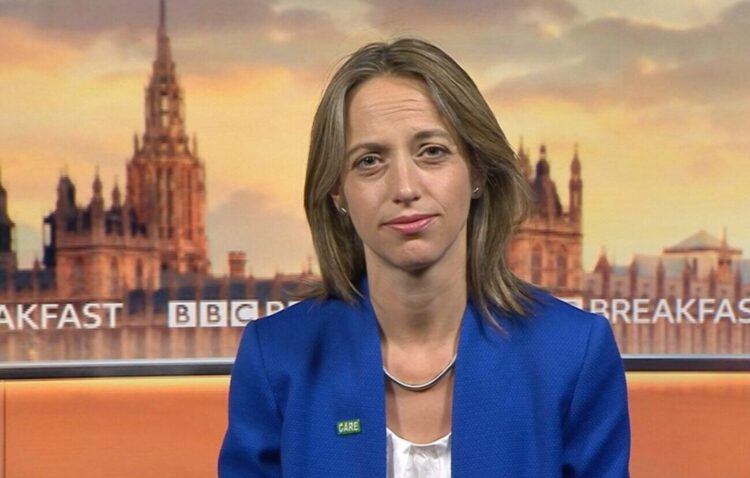 The government claims it is making sure nurses are getting the pay they deserve.

The Government has said it is “making sure nurses are getting the pay they deserve” and shunned claims that the majority of NHS workers have received “a real-terms pay cut”.

Helen Whately the Conservative MP for Faversham and Mid Kent and Care Minister spoke to BBC Breakfast this morning confirming the Government’s stance on pay.

When asked about the thousands of NHS workers who protested in major cities calling for a 15% pay rise Ms. Whately said; “We can’t thank our NHS workforce enough; doctors, nurses, healthcare assistants, all of those in the NHS, and care workers, and those working social care for all the work they have done during the pandemic when they have truly been at the front line.

“Coming to the question of pay, a couple of weeks ago we had the announcement on doctors’ pay – which was part of a regular rhythm of pay reviews for that part of the workforce. Nurses are on something called Agenda for Change that is a three-year pay deal and that’s up for review next year. So, that’s when we will see announcements on pay for nurses.

When prompted further, Ms. Whately continued; “That is the pay schedule nurses and many other members of the healthcare sector are on. What I should say is under that nurses have seen a pay rise of at least 6.5% over the period of that and the starting salary of nurses has risen by 12.5% to nearly £25,000.

“So we are making sure nurses are getting the pay they deserve but I should say it’s not just about pay – last week we announced our people plan which is a whole set of measures to healthcare workers in the NHS to make the NHS a much better place to work.

After it being pointed out the majority of nurses received a sub-inflation rise and “a real-terms pay cut”, Ms. Whately added; “Over the period of the Agenda for Change pay deal nurses have seen at least a 6.5% pay rise – this year many nurses are seeing a 4.4% pay rise.

“We will be looking at nurses pay again as part of the Agenda for Change cycle – there will be announcements on that next year.”

Figures instead suggest that over the past decade the most experienced front lin nurses are £6144 per year worse off due to wages failing to keep up with the rate of inflation (RPI) – a picture that is only made worse by pension and national insurance changes.

Anthony Johnson, lead organiser of the grass-roots group Nurses United UK said; “We can all see how hard Frontline staff are working.

“We all know someone who works in our NHS and too many of them are going to food banks and struggling to get by. It’s a bit of a joke when someone on around £80,000 per year plus thousands in expenses lectures a profession which now has 40,000 vacancies thanks to her Government’s policies.

“We need to get a 15% pay rise to stop the vacancies which put our patients and our colleagues at risk.”

Ms. Whately caused controversy last month after stating the government has “no plans” to backdate a new £5,000 grant for student nurses as they “are not deemed to be providing a service”.