The news comes following a pre-election pledge by the Prime Minister and despite claims from Health Secretary Sajid Javid in April that plans were on track. 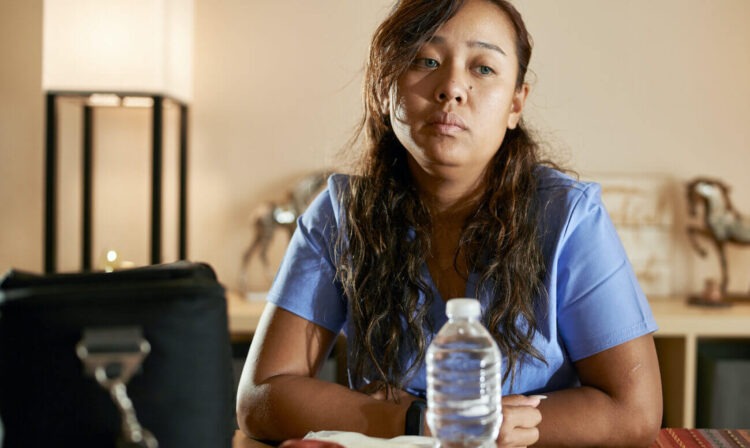 A report suggests the Government could miss its target by more than 10,000.

According to a new report, the Government will likely miss its pre-election pledge of 50,000 more NHS nurses by 2024.

Leaked NHS modelling data seen by the Independent indicates that the Government could miss its target by more than 10,000.

The news comes following a pre-election pledge by the Prime Minister and despite claims from Health Secretary Sajid Javid in April that plans were on track.

The leaked modelling data from NHS England allegedly predicts tens of thousands of nurses will leave the NHS in the next two years, blaming the unrelenting pressure on the workforce, causing a “snowball effect” of staff quitting.

A previous analysis by the King’s Fund concluded that while there had been an increase in domestic and international nurse recruitment, the target would fail to have any “substantial impact” on the number of unfilled posts.

Responding to the leak, the general secretary and chief executive of the Royal College of Nursing (RCN), Pat Cullen, said, “Last year alone, more than 25,000 registered nurses left the profession in the UK – a sharp rise from 2020-21. Retaining experienced staff is a major challenge for ministers.

“Official figures from the NHS only weeks ago showed that the number of unfilled nursing jobs is rising, not falling. Ministerial boasts sound increasingly hollow.

“The Government has not been transparent about how it calculates its figures, and ministers are burying their heads in the sand when it comes to the scale of the nursing workforce crisis – patient safety is at risk. We need a fully funded health and care workforce strategy, not politically expedient targets.

“Government must give nursing a fair pay rise to immediately show it values staff – helping to recruit and retain staff and ensure patients get the quality of care they deserve.”

A Department of Health and Social Care spokesperson responded to the leak, explaining the Government “remain confident” that they will meet the target.