Dame Donna was appointed to the £183,000 a year role following a 'competitive selection process' by the union's ruling council. 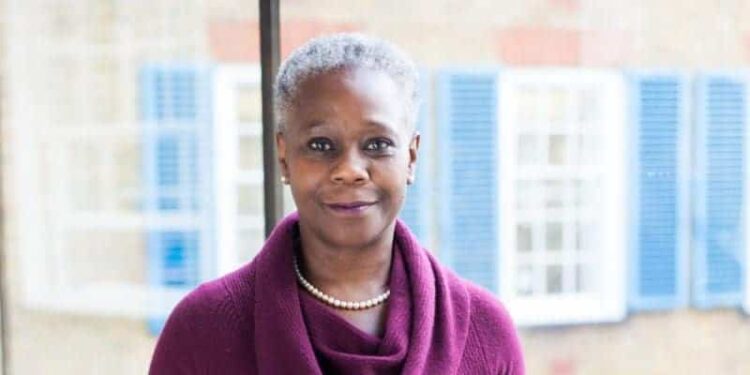 Dame Donna Kinnair will assume the permanent post immediately after holding the role in an acting capacity since August 2018.

The Royal College of Nursing today announces that Dame Donna Kinnair has been appointed permanent Chief Executive and General Secretary.

Dame Donna was appointed to the circa £183,000 a year role following a ‘competitive selection process’ by the union’s ruling council.

She has held the role in an acting capacity since August 2018 after Janet Davies stood down amid accusations the union had misrepresented members over the controversial NHS pay deal.

Dame Donna joined the RCN as Head of Nursing in 2015, providing leadership to the Nursing departments. Prior to joining the RCN, she held various roles, including Clinical Director of Emergency Medicine at Barking, Havering and Redbridge University Hospitals Trust; Executive Director of Nursing, Southeast London Cluster Board; Director of Commissioning, London Borough of Southwark & Southwark PCT. She was the Strategic Commissioner for Lambeth, Southwark and Lewisham Health Authority’s Children’s Services.

‘The best job in nursing’.

Commenting on her appointment, Donna Kinnair said: “It is quite simply the best job in nursing and the greatest privilege to continue serving the RCN’s members at the highest level. My every action will seek to boost their collective voice and leave others in no doubt at the true value of a cutting-edge and respected nursing workforce.

“In every country of the UK, our profession and those we care for are experiencing serious challenges that I am determined to continue addressing, building on my work of the last seven months. Every member of the RCN must see an organisation that they are proud to be part of and I see it as my duty to give them that faith as we rise to this challenge together.”

Sue Warner, chair of the unions ruling council, said: “These are challenging times for the nursing profession and Donna will bring unparalleled experience to our organisation.  She has provided sterling leadership while carrying out the role in an acting capacity for the last eight months, which guided the College through a period of transition and helped rebuild the confidence of its membership.

“The RCN is undertaking important campaigns to deliver safe staffing levels and a major increase in funding to train and retain the next generation of nurses. I believe Donna’s experience and drive makes her uniquely qualified to deliver these objectives.”

‘An advocate for nursing’.

Andrea Sutcliffe, the recently appointed Chief Executive and Registrar of the Nursing and Midwifery Council, said; “Congratulations to Donna on her appointment”.

“Having established an excellent working relationship with her, I know Donna will continue to be a great advocate for the nursing profession and for the people nurses support.

“I look forward to our two organisations working closely together at a time when nursing is so integral to the success of the UK’s health and care system”.

Next month, during the union’s annual Congress, members are set to debate the proposed introduction of an elected General Secretary.