Across the 231 NHS trusts in England, there are just eight BME executive directors of nursing. 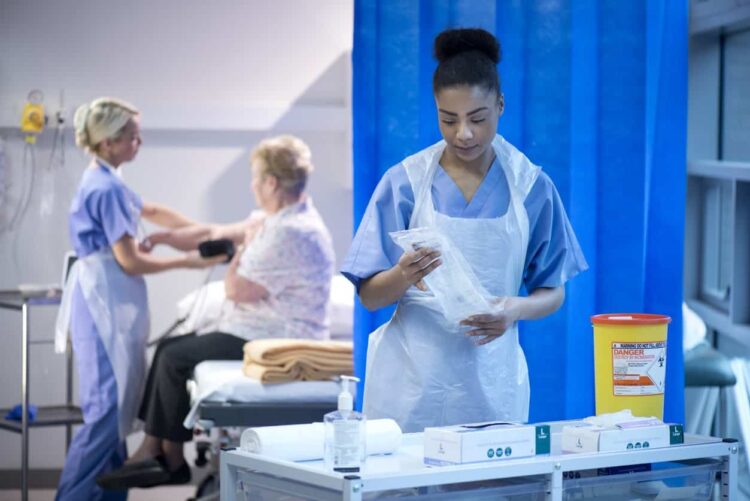 Reported discrimination towards Black and Minority Ethnic (BME) staff has gone up from 13.8 per cent to 15 per cent in the last 12 months, according to the latest NHS England Workforce Race Equality Standard (WRES) report.

In contrast, just 6.6 per cent of white staff reported discrimination at work.

The report also suggests that, while there has been a year on year, BME staff remain underrepresented in the most senior NHS roles. Despite BME staff making up just under 20 per cent of the NHS workforce, across the 231 NHS trusts in England, there are just eight BME executive directors of nursing.

NHS England’s Chief Executive and Director for the WRES have committed to funding the programme for the next seven years, supported by £1 million funding each year until at least 2025.

To ensure the proposals make a practical difference for staff, NHS England has appointed a team of 42 experts from within the existing workforce, who will work with senior staff to close the gaps between BME and white staff.

Yvonne Coghill, Director of WRES Implementation at NHS England and Deputy President of the Royal College of Nursing said: “Improving the experience of staff is good for them and leads to better outcomes for our patients.

“As well as making the health service fit for the future of patient care, the NHS Long Term Plan commits to doing more for our staff by shining a light on areas where they aren’t always treated fairly.

“Investing in the WRES into the middle of the next decade, will help us make the changes in the NHS that our staff and patients need and deserve.

“Our experts are already supporting organisations to improve their race equality strategies, with a second group set to join them and champion the programme across the NHS in England”

Dame Donna Kinnair, Acting Chief Executive and General Secretary of the Royal College of Nursing, said: “The rise in reported discrimination towards BME staff in the NHS in England is truly appalling, and shows just how far we have yet to go. It is a disgrace that black and minority ethnic staff experience racism, lower pay, harassment and limited career progression within our health service. It is up to employers and policymakers, working with trade unions and other organisations, to put an end to this once and for all.

“A good start would be ensuring there are more BME voices at the top of the profession, yet despite modest gains highlighted since last year, minority voices remain grossly underrepresented in senior management positions. Improving career progression, and stamping out employment discrimination both overt and systemic, should be a priority.

“NHS Trusts need to engage their staff and bring them into the process of resolving issues of discrimination and systemic racism in their workplaces. The RCN is willing to work with employers to make this happen.

“Unsafe environments for staff and their patients costs the NHS. The Government cannot hope to increase staffing levels without the NHS embracing diversity at every level of and extinguishing the damaging effects of racism on our health service.”