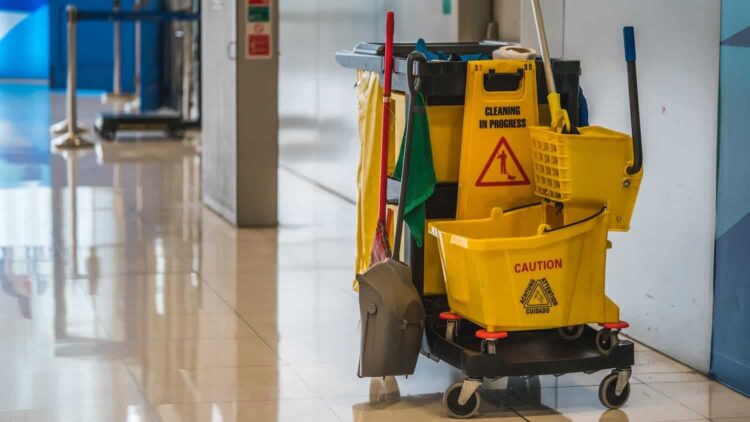 The overwhelming majority of health staff employed on private contracts did not ‘receive a penny’ in the NHS pay deal.

Tens of thousands of low-paid cleaners, porters, security guards and catering staff struggling to get by on the minimum wage because their private sector employers are failing to match public sector pay rises.

The lowest paid workers in the NHS were given a £2,000 pay rise last year, as part of a three-year deal negotiated by health unions. But, the overwhelming majority of health staff employed on private contracts have not received a penny.

On the eve of its annual health conference  – UNISON is calling on the government to come up with the funding so everyone working in the NHS earns at least £9.03 an hour. Many staff employed by private contractors are on the minimum wage, earning just £8.21 an hour.

The NHS couldn’t function without the tens of thousands of staff working on private contracts, says UNISON. Every day they work alongside NHS colleagues doing similar jobs, but end up with substantially less money in their pay packets.

UNISON head of health Sara Gorton said: “All hospital workers are part of the NHS team and should be paid fairly for the important jobs they do. The days of treating them as second class employees in the NHS must end.

“Staff employed by private contractors are expected to deliver the same exceptional levels of service and also work under immense pressure. It’s only fair they receive the same pay as colleagues, often doing identical jobs but employed by the NHS.

“With ministers all-consumed by Brexit, the growing crisis in hospitals across the land is being ignored. The government found the money to fund the pay rise for health staff, now it must do the same for those on private contracts.

“A failure to do so risks damaging the health service beyond repair as firms can’t attract or hold on to the staff needed to provide a decent service to the NHS.”