Some nurses could earn more working at Aldi, MPs warned

MPs were told that pay is one of the primary factors causing chronic recruitment and retention issues within the profession. 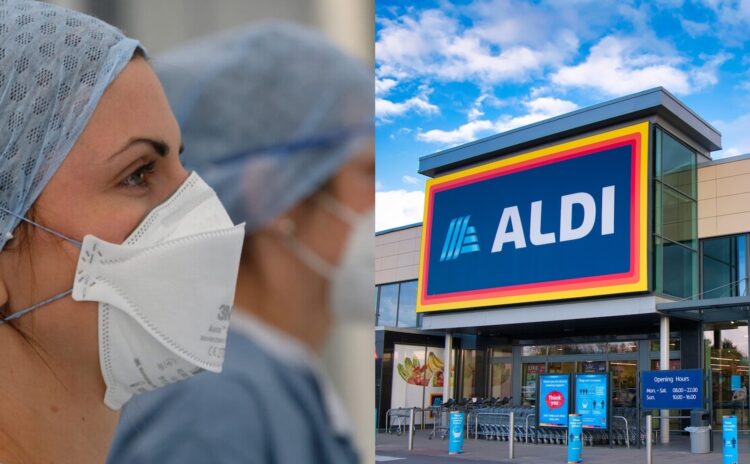 Experienced frontline nurses around £5,000 per year worse off in real terms than a decade ago.

Some nurses could earn more money working at Aldi, a nurse has warned MPs.

During the meeting which sought to investigate the current workforce crisis, Ms Nyasoro, a nurse at Kettering General Hospital NHS Foundation Trust, was the profession’s voice.

She explained to MPs that pay is one of the primary factors causing chronic recruitment and retention issues within the profession.

It comes only days after MPs called on the independent NHS Pay Review Body (NHSPRB) to recommend an annual rise of “up to” 3% – hinting more could have an impact on funding patient care.

Only days later, it was announced that MPs would see a rise of £2,200 for their “dramatically increased” duties due to the pandemic.

Ms Nyasoro explained to MPs that the issues facing nursing are “multi-faceted” and included an ever-increasing workload alongside issues training enough nurses and then keeping them in the profession.

She said, “Since I’ve worked and qualified as a nurse, there has always been a shortage of nurses. I’ve been a nurse for almost two decades, and there has never been a year that we have had enough nurses on the shop floor”.

“A lot of other things are thrown at nurses to do, which means we’ve got more paperwork to complete and not enough nurses to look after the patients,” she explained.

Ms Nyasoro also reminded the committee that the NHS bursary widened access to the profession to those who wouldn’t usually afford to train.

Speaking about pay, Ms Nyasoro added, “There is always talk like ‘If I work in Aldi, I will earn more than a nurse’, which in some circumstances is actually true”.

“We need to be paid fairly for the care that we are giving to the population.”

Could you get paid more working at Aldi? Let us know in the comments below.