Strike action must always be on the table, says RCN chief

The union is under increasing pressure to deliver decisive action. 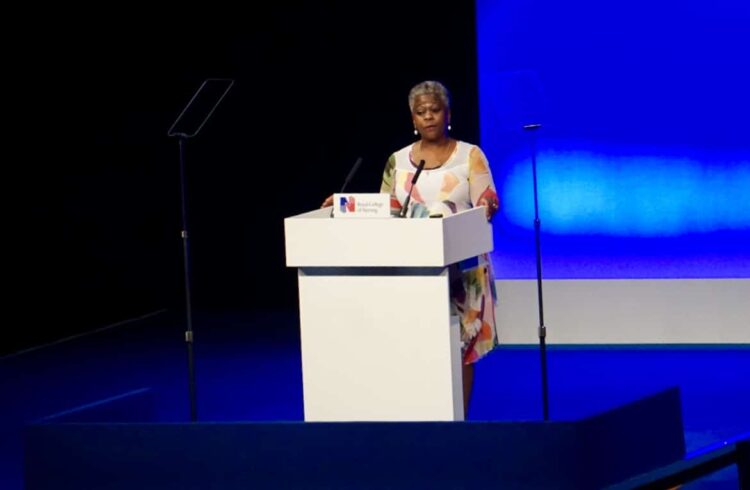 Next year unions will enter fresh talks on pay and pensions.

In her first speech since being appointed as the permanent Chief Executive and General Secretary of the Royal College of Nursing, Dame Donna told members at the unions’ annual congress today that “strike action must always be on the table”.

The statement comes as the union is under increasing pressure from members to deliver decisive action against a Government that has consistently failed to tackle 40,000 nursing vacancies and continues to ‘abuse’ the goodwill of nurses.

In her keynote speech to over 3,000 members, she explained her top priority was to push for “meaningful investment” and to put an end to the nursing crisis.

She also called on MPs to consider the financial and human cost of leaving jobs vacant and urged them to take urgent action to address safe staffing levels and accountability.

Kinnair said; “by the time we meet next year, the RCN and our colleagues on NHS Staff Side will be ready to enter into fresh talks on pay levels with the Government and Employers.

“The three-year deals we have at present will be in its last year.  It will be the moment for a set of fresh faces from the RCN to make our case for why the pay of nursing staff, no matter where you work, must be boosted.”

“I’ve been a proud union member for 35 years and leading our fight for pay, terms and conditions are as much my mission as what we achieve on the professional and clinical side.

Promising to take “personal responsibility” for any talks or formal negotiations the union enters into.

Before adding; “I will work closely with the members you elect to the Trade Union Committee.

“And let’s be clear: if you the members want it, industrial action – strike action – must always be on the table too.”