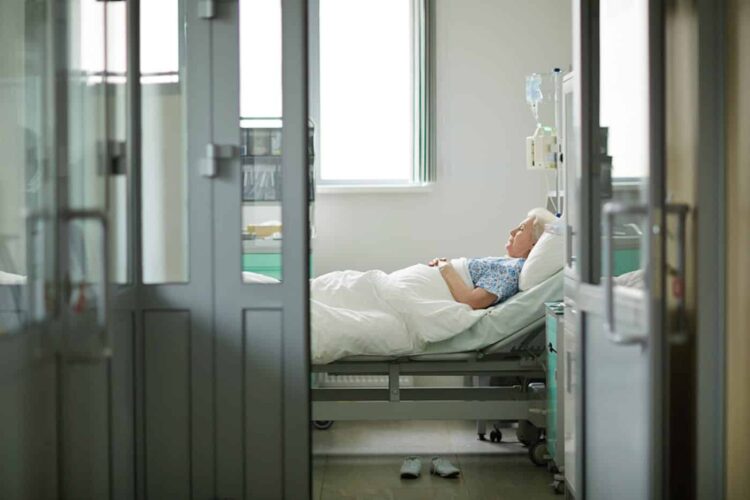 Staffing shortages also mean many are being denied the chance to debrief or reflect.

A survey, carried out by the Nursing Standard and the charity Marie Curie, reveals the devastating impact staffing shortages are having on end of life care across the UK.

Despite so many staff saying their roles involve caring for people in the final months, weeks or days of life, more than half said they found accessing support systems difficult.

‘A lack of time and short staffing’.

Nurses reported they often felt the need for extra support, but a lack of time and short staffing made even the chance to debrief or reflect with colleagues difficult.

One respondent said: “When I was in the ward if the patient had passed away we wouldn’t stop because we have other patients to look after. It’s never easy for nurses.”

Many respondents reported that they drew support from colleagues and expressed the value of a strong team. Although one commented that senior staff seemed to have little idea of the impact caring for patients at end of life could have: “[I] had 10 patients die within six weeks, five aged 45 to 55. [I] spoke to manager about lack of support to staff [and] was told if I needed management support perhaps I was in the wrong job.”

‘Staff are doing their best’.

Julie Pearce, Marie Curie Executive Director of Nursing, Allied Health Professionals and Quality says: “The results show that in the NHS and the caring sector, staff are doing their best to do the right thing for patients, but are feeling hard pressed.

“There seems to be more fragmentation in services, which affects the vital continuity of care for patients and their families during a very significant part of their journey through life and death. There is only one opportunity to get end of life care right for people and when it doesn’t go well it can affect a family for many years.”

She adds that the lack of support for staff is very worrying and would further impact patients and their families: “The emotional burden of care should not be under-estimated and requires active support by employers in supporting the health and wellbeing of its staff.

“To enable staff to care for patients and their families in a compassionate way, organisations really need to invest in the health and wellbeing of staff and the type of support they offer. This is a key area for us as at Marie Curie.”