A new survey found that over half of NHS workers are looking to quit their current job. 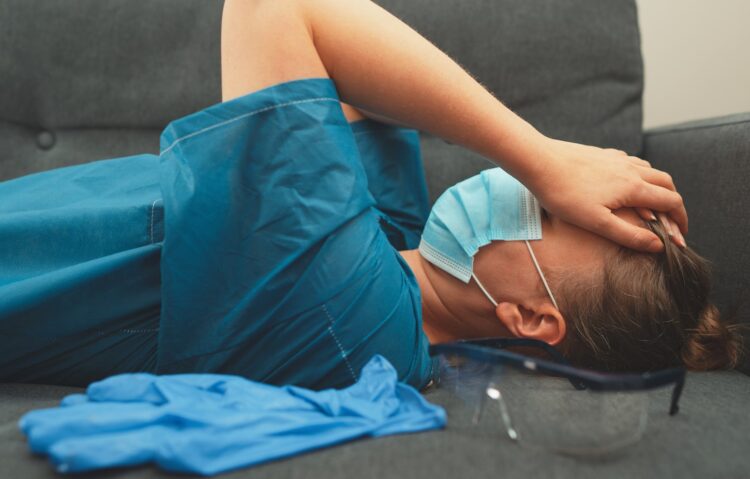 Poor pay was the most commonly cited reason by those looking to leave.

Half of NHS workers are considering leaving their current job, a new survey has revealed.

The survey of more than 2,000 staff undertaken by the union-led #WithNHSStaff campaign found a significant number of NHS workers, including nurses, are considering looking for work elsewhere.

According to the survey, more than half of NHS workers considered leaving in the last 12 months, with one in five actively looking or already leaving.

Poor pay was the most commonly cited reason by those looking to leave, with four out of five staff saying it was one of the main reasons they would quit the NHS.

After pay, the feeling of not being valued was most likely to make staff consider leaving. Nearly two-thirds (64%) said they felt undervalued by the government or their employer.

Official figures suggest there are currently around 40,000 unfiled nursing vacancies across the NHS in England.

Are you looking to leave?
Total Votes: 1506
×
You or your IP had already vote.

Most significantly, nearly four out of five staff considering leaving (79%) said that an inflation-busting pay rise would persuade them to stay.

Melissa, a physiotherapist, explained in the survey, “Despite working full time, I struggle to pay my bills and pay off debt. I can’t plan for the future – a family or home – because my ability to save is affected by inflation and the lack of pay rise.”

The campaign says the results “paint a worrying picture for a service that is already struggling to cope with staff shortages. Over 70% of staff taking part in the poll said they were extremely worried about the impact of staff shortages on patient care.”

“For many, the skills and responsibilities they have aren’t reflected in pay packets which compare poorly to other professions and private sector jobs.”

The campaign adds, “People also commented that they felt abandoned after the Covid crisis.”

“Understaffing, stress and burnout, compounded by low wages, are leaving many feeling they’d be better off working anywhere else.”