UNISON calls for a £2,000 pay rise for all NHS workers

The £2,000 rise still falls short of the £6144 real-terms pay cut the majority of experienced nurses have had. 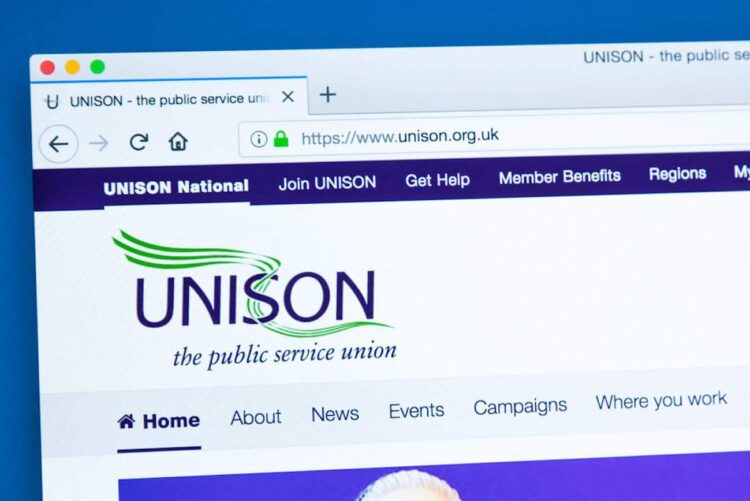 The most experienced NHS nurses are already £6144 per year worse off.

With thousands of NHS workers set to protest about pay this weekend, UNISON has revealed it is calling for a £2,000 single pre-tax uplift for all NHS workers.

An email sent to members by the East Coast Health Branch of UNISON reveals that all healthcare unions “bar one” are “trying to negotiate a £2000 uplift to all bands across Agenda for Change payscales”.

The email goes on to say that Unison is calling for this to be implemented “as soon as, and not wait till next year”.

While the Royal College of Nursing (RCN) has not publically committed to a figure, NursingNotes has been told by multiple sources inside the union that it is seeking a “double-digits” rise for its members – meaning most nurses would see an uplift of at least £3,000.

Rumoured discontent between unions alongside distrust from members after being accused of “misrepresenting” a pay previous pay deal could lead to difficulties in the future.

Grass-roots group Nurses United UK, who are supporting a massive 15% rise, have condemned the plans after the plans fail to make up for ten years of pay restraint.

Anthony Johnson, lead organiser for the group told NursingNotes; “Across the country, there are now thousands of NHS workers self organising and fighting for a 15% pay rise, it is a shame that UNISON as the largest health union is only going for a single pre-tax rise of £2,000 across the board.

“In stark contrast, the Royal College of Nursing at least is rumored to be going for a double-digits percentage.

“The unions are supposed to go big and fight for what the members actually want, not for what they might think they can get.”

Research by the Royal College of Nursing (RCN) suggests that over a third of the nursing workforce is considering leaving due to poor pay and working conditions and in July thirteen healthcare unions called for “immediate pay discussions” to begin suggesting that “applause and kind words” need to be turned into something more substantial.