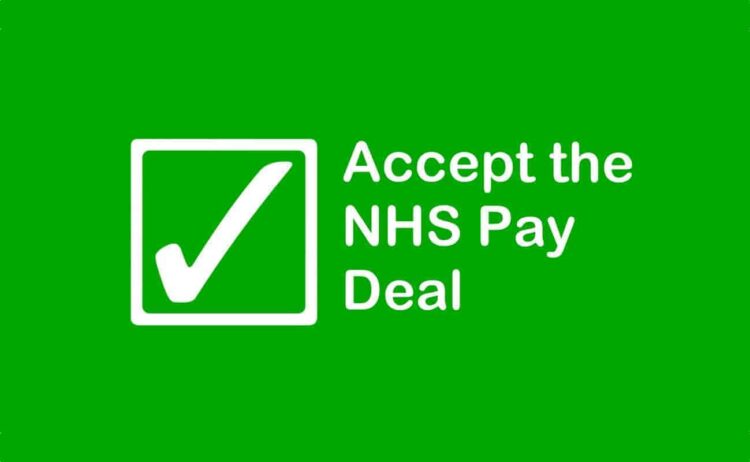 Healthcare staff in Wales have voted to accept the proposed NHS pay deal.

Health unions in Wales have unanimously accepted the pay proposals so the process to implement the deal will now begin.

NHS staff on Agenda for Change contracts should receive an uplift in their October pay packets. Backdated pay from 1 April will be paid as soon as possible.

The agreement also includes restructuring of existing pay bands with a reduction in the number of pay points – meaning staff will progress faster.

The pay deal has been hit with controversy in England after NHS staff failed to receive the rises they expected due to a blunder by the Royal College of Nursing (RCN). Following accusation the union “misled” the pay deal to its member in England, an Extraordinary General Meeting is due to take place later this month in which the future of RCN leaders will be decided.

Earlier this month, the union published the preliminary findings of an external review into the way it handled the NHS pay deal – which identified several failings by the union.

‘The fight for fair pay is not yet over’.

UNISON says their members voted with a massive 92% majority to accepted the proposed changes.

Donna Hutton, Head of Health for Wales, said; “UNISON Cymru Wales members voted in huge numbers to accept the pay offer (voting closed in UNISON on 6 September, 2018). Not only did we have a high turnout but we also had a majority of over 92% in favour to accept.

“Our Regional Health Committee recommended acceptance recognising that our members were tired of waiting and were telling us they wanted the pay rise to be paid as soon as possible.  It is heartening to see so many members took the time to vote, and with a 92% mandate to accept, this is a decisive response.

“Whilst the pay element will be concluded there is still more work to be undertaken around terms and conditions of employment and UNISON continues to work in partnership with the other trade unions on behalf of all our members.”