Why did I call for a ‘vote of no confidence’ in the RCN? 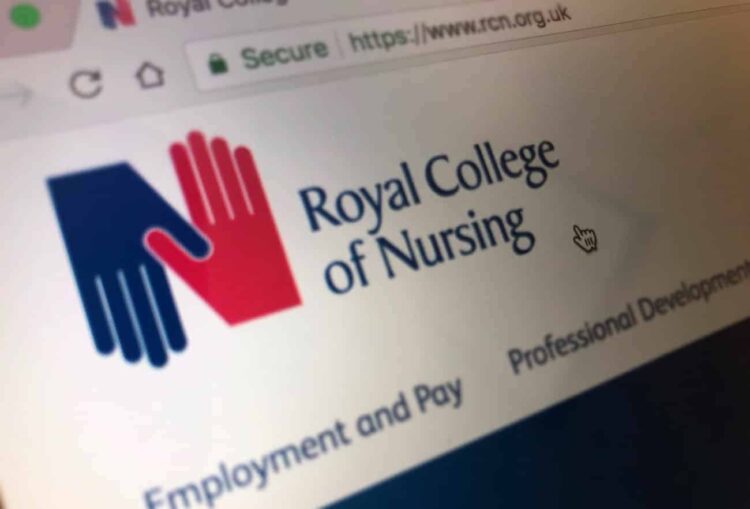 A year ago, I attended the biggest RCN rally in Parliament Square, calling for the government to ‘scrap the cap’, the hated 1% pay cap that had been imposed on nurses after years pay being frozen. 7 years in total of ‘austerity cuts’. Our earnings were 14% down over that 7 years-way below inflation. Nurses had truly suffered and were finally taking to the streets in numbers to demand recognition of the professional value and skills of our profession and to demand that our pay is reinstated to the level we deserved. On the 6th of September, we were a passionate, energetic, hopeful and UNIFIED RCN family who absolutely believed that finally our time was coming-we would see our dire finances rise and patient care improve.

A year later, following the most divisive and damaging pay deal ever negotiated by 13 unions, we are at rock bottom morale-wise and utterly divided. The RCN communicated to all members that we would be up to 29% better off following this pay deal-at worse, we would receive 6.5% over the THREE years. The media whipped this up as well on their front pages-nurses were going to be raking it in with 29% pay rises… (in small print-over 3 years).

We did the maths.

We activists started doing the maths, looking at the various pay calculators-things weren’t adding up. We started questioning the RCN and posting our doubts online to gauge the opinions of others but were constantly reprimanded by RCN and told we were ignorant, deluded, irresponsible. That this pay deal was going to make a REAL DIFFERENCE to our finances and regenerate nursing, encourage recruitment, retention, future nursing students. In fact, it was covered in glitter almost… We questioned more amongst ourselves and the RCN and were then told that it was the very best that our expert negotiating team could push for and that if we didn’t vote YES then we would simply get the 1% that the government had scrapped from the pay cap days. We were reminded constantly that this amazing pay deal was FULLY FUNDED i.e. new money. Communication from the RCN about the negotiations was appalling, so much of what was happening was kept secret. Nothing was open and transparent-all behind closed doors. As ordinary members, we felt very left out, as if our opinions and views were completely irrelevant. We thought that the RCN WAS the members but were beginning to realise that actually, the members were not much at all, especially if we didn’t toe the party line.

We continued to have huge doubts and desperately tried to persuade members to vote NO because this deal was going to end up being below inflation and that few would see the gains suggested. In fact, my research showed only 0.01% of nurses would see their pay rise by the much advertised 29% over the 3 years. When it came to voting, sadly very few bothered to vote at all as a great many stated they had received NO emails about the vote from RCN. They were uninformed and apathy ruled. Anyway, those that did receive RCN communications were constantly told to vote YES because the TU negotiator had done an outstanding job on behalf of members. The majority of the paltry 18% who voted then voted YES. Disappointed, we then waited with bated breath to see what our July pay slip would show…

Some nurses were reporting that they had in fact received LESS than the previous month. The tiny % uplift in their pay, plus the higher tax and pension deductions meant they had actually lost out. Some were stating they had received £20-£30 extra in back pay-how would they spend this incredible windfall?? Nurses were commenting online that they had only received a 1.5% pay rise and then it finally dawned for many that the 3% they would get in the first year would only occur WHEN their usual increment date would fall-perhaps as late as January or February next year! So they weren’t even going to receive the lowest 3% in 2018 after all!

Those that believed the RCN hype of riches galore and those that hadn’t bothered to vote or simply not been aware through not receiving any RCN emails, started asking questions… “Why have I received so little?” Too late, they started to ask more searching questions. Why hadn’t they listened to us activists who had tried so hard to enlighten them that this complicated pay deal was no more than smoke and mirrors. We had been lied to, misinformed, ridiculed by RCN Comms and finally all of us thrown under a blue, red and white RCN bus…

Frustration and anger led to discussion and plans. We activists felt that the RCN Council and leadership were no longer ‘for the members’. It no longer represented the members and certainly no longer ‘listened to the members’. Instead, we the members had been completely mislead about our future pay rise by RCN communications, ridiculed and insulted by some staff and most had actually been awarded very little by way of a pay rise at all. We had been conned. We were seriously out of pocket, duped, demoralised and still facing even more stress and unbearable workloads as even more colleagues were resigning and leaving nursing in disgust or self-preservation. So much for this pay deal improving retention and future recruitment as fewer nurses are now enrolling and wanting to train.

We decided to see if we could hold the leadership (Council) accountable. We needed an EGM to take place so we could debate this openly and get some answers about the circumstances surrounding the pay award. We would require a minimum of 1000 signatures in order to achieve this. Within 24 hours we had collected almost 1600 signatures (just over 1000 were verified) and presented our petition calling for a vote of no confidence in the leadership of the RCN and in particular, calling on RCN Council as a body, to stand down.

Despite apathy normally prevailing, a group of enthusiastic RCN activists had achieved the impossible in 24 hours. Now we have an EGM taking place on the 28th September a central location, Birmingham-a historic event. We have the HOPE that a fresh Council will have the appetite to invigorate the current membership and attract new, younger members-those nurses of the future who we will rely on to look after us in the not so distant future. We hope to transform the RCN into OUR union, one that is transparent and open. That listens to it’s members and fights their corner AGAINST a pro-austerity and pro NHS cuts government, as opposed to fighting their members. Answerable to the members who pay the fees. An RCN that does not tell us what to do but rather asks, “what can we do for you?”

I shall be attending this extraordinary meeting so I can find out why we were mislead and see the new beginnings commence. I hope that in a years time, our RCN will once again inspire it’s members to feel proud, unified, passionate about holistic and safe patient care and full of hope for the future of nursing.