‘Student nurses graduate with £54k of debt, shouldn’t we pay them a wage instead?’

The government claims students are "supernumerary" and "not contracted to provide nursing care". 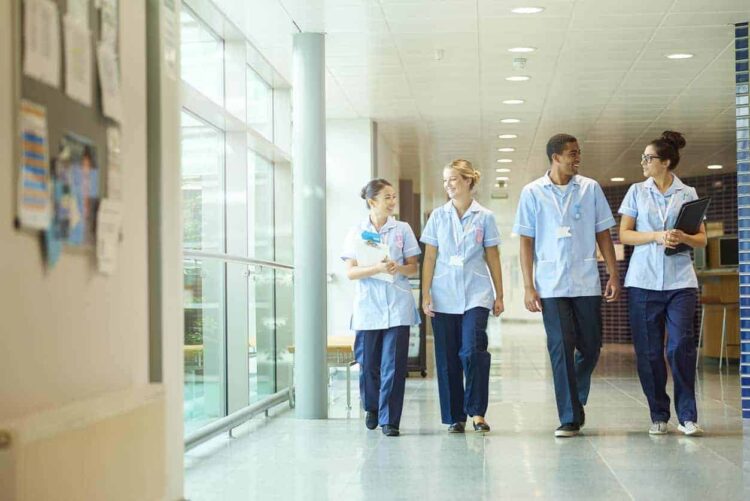 Student nurses are the unseen workforce and vital to patient care.

While I am pleased for the thousands of students who will soon be starting their journey to become a registered nurse, it comes with a stark reminder.

In November 2015, ministers announced the NHS Student Bursary and tuition fee payment would be cut in a plan to increase the number of available student places.

Suffice to say, this hasn’t worked.

Instead, we have seen a consistent decline in the number of student nurses qualifying. Official figures from the Universities and Colleges Admissions Service (UCAS) show an overall decline in applications of 8% since 2015.

There is no debate that nurses need to be degree-level educated – but are student loans the best way to fill an ever-widing gap in our workforce?

Student nurses are the unseen workforce and are sometimes vital to the delivery of safe, compassionate, person-centered care.

Completing over two-thousand hours of hand-on, direct clinical practice over three years – is it fair to ask them to accumulate up to £54,582 (plus 6.3% annual interest) of debt?

With a starting salary of £24,214, this is a debt the majority of nurses will never pay off.

The Government claims that because student nurses are “supernumerary” and “not contracted to provide nursing care” they need to be treated like all other higher education students.

While is it true that the Nursing and Midwifery Council (NMC) mandates that student nurses are considered ‘supernumerary’ – how realistic is this expectation? We hear stories of student nurses, trainee nursing associates and healthcare support workers being used to fill nurse staffing gaps on an almost daily basis.

With an estimated 40,000 unfilled nursing vacancies in the NHS alone, health and social care services in England are stuck in a self-perpetuating cycle.

Chronic under-investment in services has led to an increased demand on staff and subsequently affected recruitment and retention rates. Universities then fail to recruit enough nurses to meet the current demand and so the cycle continues.

The Royal College of Nursing has called on the Government to invest at least £1b per year into nursing education and come up with a long-term plan after its plan to increase numbers has failed to work.

Matching the proposed apprentice wage while student nurses are on placement would go some way towards alleviating the financial burden the government has placed on student nurses.